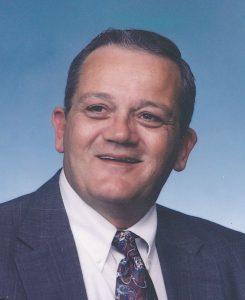 Bill served in the U.S. Marines and retired from Oldsmobile in 1992 following 29 years of loyal service. He loved cars, especially going to old car shows and his prized possession was his 1985 Toronado “Eleanor”.  He was a member of the R.E. Olds Transportation  Museum in Lansing.  Bill enjoyed drinking coffee, animals, was a staunch Democrat, and was an avid Chicago Bears fan, but his greatest passion in life was his family and he cherished the time he got to spend with them.

A memorial service will be held at a later date.

Those who wish, may make contributions in Bill’s loving memory, to the R.E. Olds Transportation Museum or the Ingham County Animal Shelter.

I will miss him so much

To my favorite Uncle, you will be forever missed but not forgotten. GO BEARS

Uncle bill will be truly missed by so many. His jokes and laughter could light up a room. His smile was contagious and could make everyone’s day that much better. Sending hugs , kisses and prayers to the love of his life Marilyn and his wonderful children. Tell we meet again uncle bill.

Larry and Heather, I am so sorry for your loss. His life story was truly a tribute. Praying for you all.

My thoughts and prayers go out to his family at this difficult time. We knew Bill back when he rode Honda Gold Wing motorcycles in the 1980’s and he was part of our group in the Gold Wing Road Riders Association. We even purchased one of his motorcycles that he was selling in 1988. He was a good man. Hadn’t seen him in many years. May you hold on to his memories and may they sustain in the coming days and weeks.

Thank you so much for sharing that memory……I remember my Dad enjoyed being part of the “goldwing road riders” family. I remember camping at some of the rallies as a teenager.

Our Families were saddened to hear of our Uncle Bill’s passing. Our thoughts and prayers are with you.

I would like to echo my twin brothers sentiments. Always tough losing a parent anytime and especially with the holidays coming up.

I will miss bill and all the great conversations
and laughs we had about football. R.i.p. my friend. Go bears!

Thoughts and prayers to the Bobb family. I have many childhood memories of Bill as our families were neighbors when I was growing up. He will be missed.