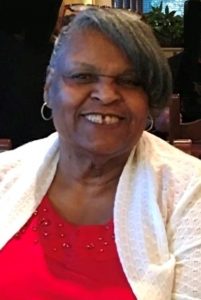 Virginia Debroth Woodard was born March 23, 1940 in Jackson, MI to Jennie and Claudell Taylor. She passed away January 9, 2021.

Virginia spent her adolescent years in Jackson, MI and moved to Lansing, MI in her early teens. She attended and graduated from J.W. Sexton High School, starting her family shortly after.

Motherhood quickly became a fulfilling part of her life and as she added to her legacy, she found that motherhood soon became the true purpose of her existence. She reveled in her position as the guiding light, the constant support and the loving teacher to her beloved 8 children. She didn’t stop there as Virginia found that her heart was large enough to love, teach and build character in 24 grandchildren and 46 great-grandchildren. She once said that she never thought she could love any deeper than she loved her children until she encountered the love of her children’s children and her love grew even deeper for the generation yet to come.

She was preceded in death by her husband James Woodard, her mother Jennie Barnette and her father Claudell Taylor, two sons: Lynn Amos and Phillip Amos Jr., and a grandson Paul Crosby.

A private service will be held. 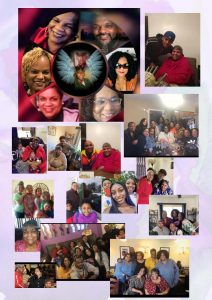 I will always love you. And keep you in my memories my aunt Virginia

So sorry for your loss, I know oh so well how it feels to loss someone you truly care for, just know she is definitely in a better place. 🙁

My most deepest condolences to the entire family. I’m greatful to know this family for most of my life. Virginia will truly be miss. Always kind, a beautiful soul from the inside out. I love you & May the peace of God bring you comfort during your time of profound loss. Your friend Carolyn.

Our prayers and deepest condolences during this difficult time. May God provide you strength. May fond memories of Grandma Virginia live in your heart and provide you with peace and love. We know her love lives on through her family, friends and all those blessed to know her.

Thank you for giving us what we needed to be strong as a family including the individual teachings to help us be the best versions of ourselves.

You have always been a shoulder to lean on for anyone who entered your home- greeting them first with your authentic heart, and embracing them with your smile.

To say you’ll be missed is an understatement- but you can rest peacefully knowing you gave us what we needed to keep your legacy going.

I strive to be a woman of your caliber- you’ve always led with love and your cup has always runneth over with an abundance in return.

I know there will be a discrepancy- but I know I was your favorite (laughter). Miss you Virginia.

Very special to my heart,
I will always cherish my childhood memories. You always showed me SO much love, Im blessed to have had you in my life. I love you R. I.H

May God give you peace at this time of sorrow. Grandma Virginia was so kind and loving. She leaves a legacy of love and family that is admirable. May her loving presence always surround you and comfort you. It was an honor to know her.

You have my deepest sympathy, and I am praying for her family and all who loved her,

You were an earthly angel with the biggest, brightest smile and heart. You always had room to love one more person – you exemplified unconditional love. May you live on through your children & generations to come. Praying for everyone grieving your absence -God’s strength, peace and comfort. He blesses those who mourn.

Family I send my love prayers and condolences to all of you ,a beautiful queen has gotten her Heavenly Wings she will never be forgotten love you all so much. Barbara Crompton

Family, I am so sorry for the loss of Cousin Virginia. She was such a Beautiful person, inside and out.
I Pray that God will give each of you Peace That passes all understanding. I Love each of you.