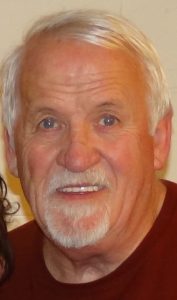 Age 73, formerly from Lansing & Mason, MI, peacefully passed away September 9, 2021, at his home after a short battle with cancer, with his loving wife and daughter by his side.  Steven was born in Lansing, MI on August 9, 1948. He was a member of the Holt Nazarene Church. After high school, he was drafted into the Army and certified as a Tank Turret Mechanic. He served in South Korea 2/10 Calvary HH Troop and was honorably discharged as an E5 in 1970.  For 30 years he worked in the well drilling business, beginning early with the family business, Daily & Jackson Well Drilling.  He was known by his fellow coworkers as a local legend in the field. He was also featured in the Lansing State Journal for his heroic efforts helping to rescue several stranded residents in the Lansing area during the blizzard of 1978. In his spare time, he enjoyed hunting, watching car racing, motorcycles and collecting guns.  After surviving a brain aneurysm in 1997, Steven enjoyed spending time with family & friends, playing cards, doing word find puzzles, walking his dog, watching Family Feud, and doing yard work with his wife.  He was a beloved Village of Riverside resident for the last seven years, who greeted everyone with a wave, a smile, and a mint on his daily walks around the community.

A memorial service will be held at 1:00 p.m. Saturday, September 25, 2021, at the Estes-Leadley Holt/Delhi Chapel, at 2121 Cedar St., Holt, MI 48842 with visitation beginning at 11:30 a.m. Memorial contributions, in honor of Steven, may be made to The American Cancer Society www.donate3.cancer.org