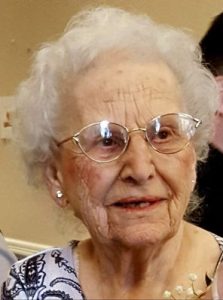 Shirley received her bachelor’s degree in languages from MSU, where she met her future husband, Robert P. Azelton, Sr. She ran her husband’s veterinary clinics in Mobridge, SD, and St. Joseph, MO. She loved water aerobics with her best friend, Darlene. Shirley was a devoted mother, grandmother, and great-grandmother who cherished her time spent with family. She will be deeply missed.

Inurnment will be held on Monday, April 17, 2023, on her 100th birthday, between her husband and son, in St. Joseph Memorial Park Cemetery, St. Joseph, MO. Memorial contributions may be made to the Ingham County Animal Shelter. Arrangements are by the Estes-Leadley Greater Lansing Chapel.