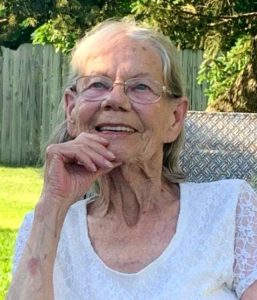 She owned and operated Mrs. Clean’s Services for 30+ years.

A graveside service will be held at East Lawn Memory Gardens in Okemos on Friday, June 26th at 2:30 p.m.

Rest in Peace my sister, your troubles are now forever over.

Sorry does not express what I am feeling. I haven’t seen Shirley but a few times over the years, but the memories I hold in my heart, of the years we spent watching our sons wrestle, are Highlights of the 70’s and 80’s. Good and Fun Times!!!

The fun times we had through the years I will always remember and hold in my heart! A wonderful thoughtful caring respected person she was. I will miss her and hold all the fun times and laughs with me forever. She was like a mom to me someone I could go to if I needed a shoulder to cry on. Love ya Shirley r.i.p. until we meet again. Connie

Rest in peace Aunt Shirley. We send love to our family and wish we could be there.

I worked for shirley and she was an awesome boss she would always try to cheer us up if we were having a bad day or trouble at home. Her beautiful smile her great sense of humor. I loved her like my 2nd mom. I will remember my memories at mrs. Clean services. R.i.p. shirley until we meet again. Love ya michele

So glad to have seen Aunt Shirley last summer. Jennifer & I are planning on being in Okemos on Friday. She kept me up to date on the family happenings. Rest peacefully – love to Uncle Joe, Mike, Jeff and family.

May she rest in peace in the loving arms of family who have passed before her. My thoughts and prayers go out to her family, and may you cherish and hold fond memories of Shirley in your hearts forever.

Joe, Jeff, Mike and family,
This news breaks my heart for you. She was a great Aunt – sweet and funny. I’ll always remember her as Aunt ‘Squirrely’. I am planning on being in Okemos on Friday. Rest in the knowledge she is in the arms of God. Grace and peace be with you. Love – Dawn, Jake and the Boys.