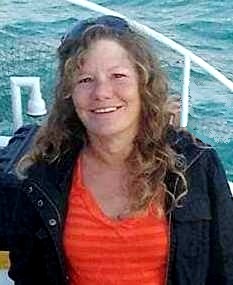 Sherry Spalding was an amazing and compassionate woman. She independently raised 3 children, Charles Kapalla, Amber (Spalding) Fisher, and Tabetha Spalding, on her own while attending college and working multiple jobs.

In 1996 she reconnected with a man, Roger Jones, who she had a crush on when they were young adults. He had 3 kids of his own: Lisa Jones, Roger Jones II, and Danielle Jones. Two families became one family ever since. Together with their children they built a life full of adventures, leaving her family with many cherished memories.

Sherry worked for the State of Michigan for many years. With her strong-will to explore and show the world being a 5-foot tall woman did NOT mean she was less capable than any man. She joined her husband in the Union working on power lines traveling the U.S. She was fearless.

Sherry leaves behind her mother, stepfather David Beardsley, father, husband, 6 children, 11 grandchildren, brother Jason Wyman, and other extended family and friends. She was preceded in death by her brother, Neil Spalding.

We meet again my Friend love you so much Sherry.

Sherry was a very good friend. Even though we lost track of each other….we remained good friends. Prayers to the family. Rest in Peace Sherry.

You were my friend first then a family member. We did alot as kids that we laughed about as adults. You will be missed my friend more than you’ll ever know. True friends do leave footprints on your heart and you left yours on mine. Rest in peace

We were good friends and had some fun times. You will be missed by many but not forgotten. RIP Sherry. Thoughts and prayers for your family.

Our Deepest Condolences Jim in the sudden loss of your daughter Sherry. We usually want to be the ones that go first instead of our children.but that doesn’t always happen. I Know that you will be in pain and hope that our thoughts and prayers for you and your Family will help you through this.very sad time…..Helen & Tony Belliveau…Clinton Ontario

Sherry,
I didnt think anything could touch you! You were fierce…I will always remember your fighting for the stuff that mattered to you most- your family. RIP, fighter.

Condolences and sadness from our family. She helped us without even knowing us when our great grandson needed a temporary bed while visiting from another state. I know you will be missed by all.

Was one hell of a woman she was a funny woman she was an amazing mother and grandmother she will be surely missed had good times remember going to a concert and having our shots going to the hotel and passing out will miss her I know my sister will surely miss her she was a friend to everyone that she knew. From her strength that she had her family will continue even stronger remembering her knowing how she would want things done helping each other get through this difficult time especially Roger helping him to go forward she wouldn’t want him to be left behind she would want him to go forward with his life remember her because that’s what she would want you to do love her in passing but remember her in life. Love and respect to all of you will miss your mother will miss sherry God bless.