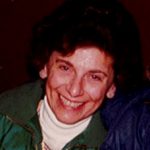 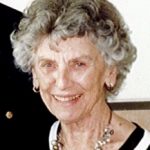 Rosalie was preceded in death by her husband, Charles Baryames in 2012, and her granddaughter, Ashley Baryames in 2016.  She is survived by: children, Cindy Basing (Tracy), Angela King (David), Art Baryames (Katy), Katina Baryames (Steve Lowe) and Bonnie Gwozdecky (George).  In addition to her children, Rosalie leaves behind six grandchildren: Theodore Basing, Alexander Basing (Alison), Chuck Baryames, Luke King (Christi), Adam King, and Adrienne Gwozdecky. Her deeply loved granddaughter, Ashley Baryames, predeceased her. She is also survived by three great-grandchildren: Riley Wright, Ryan King and Blake King. Rosalie’s very special cousin, Paul Kachudas, who was like a brother to her during her adult life, also survives her.

The funeral service will be private.  In lieu of flowers, memorial contributions may be made to Holy Trinity Greek Orthodox Church in memory of Rosalie Baryames.

SORRY FOR ROSALIE‘S DEATH.WE WILL KEEP YOU ALL IN OUR PRAYERS

When I think of Rosalie, I smile. Many years ago when we first started attending Holy Trinity, Rosalie and Chuck were some of the first people to greet us. I will remember Rosalie over the years for her kindness, warmth, and always her smile and friendly greetings. She is very much missed by her Holy Trinity family. May her memory be eternal.
Our prayers are with you all for God’s comfort during this difficult time.
Pat and Steve Willard

Your Mother and Father were dear freinds to my parents, Tom and Goldie Heos. I loved your mothers’ gentle smile and genuine self. She was very kind and thoughtful each time I saw her, asking how my family was doing and how I was. She has been greatly missed at church and in the community the last few years. I hope she and your Father and havijng cocktails somewhere with my parents and enjoying their time reunited. May her memory be eternal. I send my deepest sympathies to you all in this difficult time. Zoe se sas. Memory eternal.

I was lucky to know Rosalie in two ways. I am an Art Historian at Lansing Community College and worked with Rosalie for several years and acquired her classes when she retired. Students loved her classes and she gave me much support in my first year of teaching with her. I am still at LCC today. Rosalie was also one of the “Bookies”, a reading group that lunched, laughed, and enjoyed books together for 20 years. Along with Becky Schwarz and Chris Antonides, the four of us became a close group that bonded over our love of art, music, literature and biographies. Rosalie was a model for all of us with her knowledge of religion, history, and art. She told us many tales of her travel adventures with Chuck across Europe and Egypt. More than anything else, Rosalie was always kind, gracious and generous. It was a privilege to know her. -Sharon Park

We were neighbors in Glencairn around the corner on Audubon many years ago. Rosalie
Was a lovely and gracious lady and we know she will be greatly missed by her family and friends.

I Was a friend and neighbor to Chuck and Rosalie for over 30 years. They were a perfect example of how to live with dignity and grace. Always displaying sound family values, hospitality, generosity, spirit and community involvement.
In Rosalie’s later years we were next door neighbors and I had the opportunity to spend more time with her. ……she was a spectacular woman! I cherish the memories of time spent with her.
With Sympathy,
Katherine Draper Small

My mother, Jean Collins Mitchell, was a friend from Aquinas College in Grand Rapids. She treasured her friends from those days and often talked of Rosalie. They were the greatest generation and their lives were an inspiration. My deepest condolences at your loss.

Rosalie and Chuck were among the first people who welcomed us when we moved to this area in 1970. Rosalie was always very kind, eager to help but most of all she was genuinely humble. Over the years I realized how learned and knowledgeable she was, a true expert on Byzantine Art and Iconography. I remember how eager she was to visit the Greek School students and talk to them about their heritage and make them feel proud. She and Chuck traveled widely and I was always impressed with her observations and information acquired visiting museums and churches in some truly remote areas.
I will miss her smile and warmth. May she rest in peace.

Art and family, my condolences on the loss of your loved one. Our thoughts and prayers are with you.

Rosalie was a very special caring lady that I had the honor to meet and be in her home to help her get thru days. Her family was very supportive and she would light up the day with her smiles and laughter and especially when her family would come to the house to visit. You will be greatly missed.

Dear Angie and all of the Baryames family,
I am very sad to see this about your dear mother, an extraordinary woman of love and compassion. Yet it’s comforting to know that Rosalie slipped away peacefully in the comforting arms of all of you. It’s been my genuine pleasure and advantage to have known her. I remember that she and I were even in a class together at MSU! Sending sympathies in honor of a truly memorable woman.