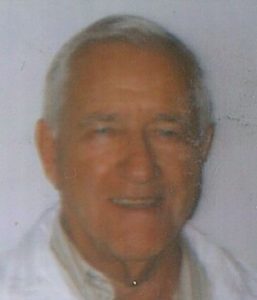 Ron was Veteran of the United States Army, serving in WWII. Ron was a graduate of Penn State with a degree in engineering, supporting the foundry and auto industry.

He was preceded in death by his parents, wife Ruby, brother Gene, and sister Phyllis.

There will be a memorial picnic held Saturday, September 19, 2020 at Grand Woods Park, Lansing, beginning at 1:00 p.m. with Military Honors  to take place at 2:00 p.m.   In lieu of flowers memorial donations may be made to St. Jude Children’s Research Hospital.

Arrangements are by the Estes-Leadley Greater Lansing Chapel.

So sorry for your loss. The family is in our thoughts. Robin and Jean

So sorry to hear of your Dad’s passing! Hugs and prayers being sent your way!

So very sorry for your loss, I love you guys and your family is in my thoughts and prayers!

So sorry for the loss of your dad, all of you are in my prayers. He will be missed by many.

Ron, was always such a sweetheart and a joy to talk to.

Your Dad was a very good man. He would always call and check up on my Mother after my Dad had passed. Very thoughtful and caring person. My condolences to the whole family.

I’m so sorry to hear of Ron’s passing. He was such a great man and was always smiling. Such a great laugh. It was truly a pleasure to know him.