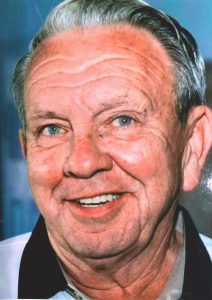 Robert married his lovely bride, Betty Jean Medler, on April 4, 1953. He proudly served his country in the U.S. Army during the Korean War from 1952-1954, and was a member of the Lansing Eagles for 60 years. He served as a firefighter for the City of Lansing and retired in 1986. Robert was also the owner of B&L Truck Caps for 52 years (1968-2020). He sponsored several race cars at Spartan Speedway. He enjoyed spending time with family and friends camping at Thornapple Lake, and planning bus trips to various places, especially casinos. Robert will be dearly missed by all who knew him.

A celebration of his life will be held at a later date. Arrangements are by the Estes-Leadley Greater Lansing Chapel.

So sorry for this loss. We hold many cherished memories with this wonderful man! Peace to his family and all who knew him. Bryan, Peggy and family

My sympathy to the family. I knew Bob through B & L as well as Spartan Speedway. Always enjoyed talking to him about racing. He was a great guy!! God Bless!

Bob always made us laugh when he came to the pharmacy he was my favorite customer so sorry for your loss my prayers are with Betty and his family. Sandy W

When I think about family gatherings growing up, Bob always comes to mind. His humor and friendliness rubbed off on everyone around him. A kind soul, through and through. He will be greatly missed.
Love to the family,
Ben

He brought joy to all.

I pray for your comfort…Betty, Ron and Debbie, Beckie and Phil.

I will miss Uncle Bob’s smile, laughter and making us feel good. Always in my heart. Sympathy and prayers of peace to the family.

Bob came into our lives through the Lansing Fire Department and his truck topper business. A friend to all. One very special man. Doug and Dianna Emerson

Our family lived across the street from Bob and family back in the day in South Lansing. Bob was always there to help us and was always kind. Our sincere condolences to the family.

Bob was special man that was liked by all.He loved life and truly enjoyed people.

So sorry about Bob passing. Fond memories knowing Bob and dear friend Betty for many years. Peace be with you and dear family. Love Nancy Sellers