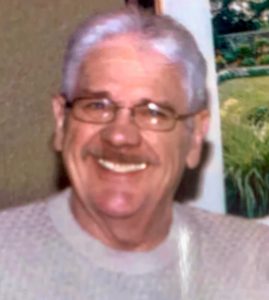 Richard received his B.S. in Mechanical Engineering from M.S.U. and retired from both the Lansing Board of Water and Light and the Gilbert Commonwealth.  He was the President Emeritus of the Herrick Family Association and a compiler of the Herrick Genealogical Registry – 3rd Edition.  He was an avid puzzler, both crossword and jigsaw and in his younger years was an avid bowler as well.

Richard was preceded in death by his first wife, Judy Strong Herrick.

A memorial celebration will be held at a later date.

Richard was the compiler of the Herrick Genealogical Register, 3rd ED. He was President of the Herrick Family Association for 18 years and led the organization to great heights. Mentor and friend- he will be missed. Dale Yoe

Sharon, so sorry to see Richard’s obit in the paper today. He always had a smile every time I saw him, and he will be missed. Call me if you need anything.

While I never met him those of us into genealogy need people like him to lead into family history ventures. It clearly seems Herrick legacy bead well protected and promoted by him. As multiple Herrick descendant I appreciate his work over a period of years! To those close to him condolences and may memories bring you comfort. “Relatively” yours, Scott Bill Hirst, Ashaway, Rhode Island.

So sorry to hear about the passing of Richard Herrick. I know him through the Herrick Family Association. I thank him so much for the work he did on the Herrick genealogy. My mom was a Herrick. She passed away last year at the age of 93. She liked to hear what I found out about her ancestors. My condolences to you Sharon. My thoughts and prayers are with you.

Sharon: You have my sympathy following the death of Richard. I will always remember how he approached picking up spares at the bowling alley. He had a cheat sheet printed out so he would always know how to deal with each bowling shot. May the Lord comfort you and the entire family.

We are sorry to hear that Richard has passed away. Our deepest condolences. Ronald and Darlene Herrick Line

So sorry to hear of Richard’s passing. I really enjoyed visiting and working with him over
the years. I frequently use the HGR3 books. A truly amazing work. My prayers are with you at this time.