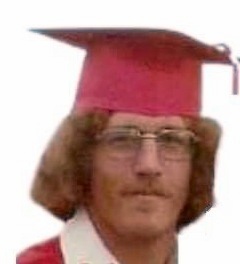 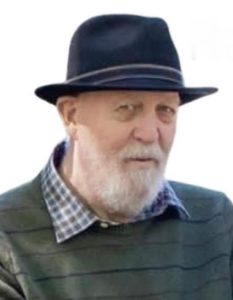 Age 65, passed away November 21, 2022.  He was born February 1, 1957, in Flint, to Reuben and Maxine Bush.  Randy graduated from Bentley High School in 1975 and attended Mott Community College.  He retired from the State of Michigan, Department of Military Affairs, after 31 years of service.  Prior to working for the State of Michigan, Randy was a private contractor. He continued those skills through many projects at his home in DeWitt. Randy coached his children’s youth soccer teams until their skills surpassed his coaching abilities.  He never missed any of their events. Randy was a funny, witty man who had you laughing within minutes. He loved gardening and over the years created an oasis of a yard through numerous berms and hardscape. He kept pretty much anything and everything, thinking it could someday be used for something. He loved watching the Lions, Tigers, and Michigan State basketball. He was game to try pretty much anything, at least once. He loved his children and grandchildren and spent time with them whenever possible. After being diagnosed in February with lymphoma of the brain for a second time, Randy remained eternally optimistic. He fought the good fight for as long as he could and remained thankful for the life he had.

A memorial service will be held at 12:00 p.m. Saturday, December 3, 2022, at the Estes-Leadley Greater Lansing Chapel, where his family will receive friends beginning at 11:00 a.m.  In lieu of flowers, memorial contributions may be made to Rogel Cancer Center, C/O UofM, Gifts and Records Administration, 3003 S. State St., Ann Arbor, MI  48109-1288.

May God be with Randy’s family. Got to meet him at work. Very nice man.

So sorry to learn of Randy leaving us too soon. He was a good man who was dedicated to his family and friends. He made all of us in the Engineering Office at DMVA feel like we were part of his extended family. We are all better off for getting to know him. I pray Joan and his children find peace.

Words can’t express how sorry we are for your loss.
Scott, Julie, Tom, Nichole, Nick and Angie Stratton

Joan, we are so saddened to hear about Randy. I have many good memories with Randy in our younger years. He was a great guy. Our deepest sympathy to you and your family.

Joan, so sorry to hear of your loss. I never met Randy, but by all accounts he was a wonderful man. Hopefully in time, your sadness will turn to smiles when you recall memories of the life you shared. Sending healing thoughts to you, your children and their families.

With love and sympathy,
Elaine

Cindy and Stefi and the Randall Bush family,
Sending our deepest sympathy and unwavering support. Wishing you peace, comfort, courage, and lots of love at this time of sorrow. Our hearts goes out to you at this difficult time. Praying for you the best and know you have our full support in every moment.

With the Love of Christ
The Sanctuary
Romell Parks-Weekly, Overseer

Joan
I am so sorry to hear about your loss. I only met Randy a few times but he was always very pleasant. I send my condolences to you and your family.

My thoughts, love and prayers are with all of you during this difficult time. He was a great man and cousin. Always there for his family and was so fun to be around. He will truly be missed.