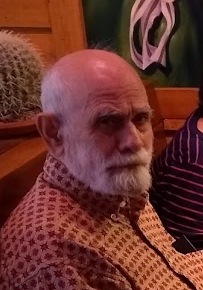 Pete is survived by step-daughters, Shelee (Ash) Pahdar and Kelly McCausey; brother, Tom Pascalenos; sister, Olga Pascalenos along with many cousins in Greece.

He was preceded in death by his first wife, Patricia and his second wife, Beverly.

Pete was a graduate of Lansing Sexton High School where he won the award for academic achievement in History and received a Bachelor’s Degree in Wildlife Management from MSU.  He served in the Army National Guard and was called into active duty for the Detroit riots.

At the age of 12 he went to work at the Boston Café, one of Lansing’s oldest restaurants – a restaurant his family owned.  Following graduation at MSU he worked for the University in the Beal Botanical Garden.  He later obtained a job with the US Postal Service and retired as a supervisor following many years of loyal service.  Pete was a lifelong member of Holy Trinity Greek Orthodox Church in Lansing and was an avid fisherman and hunter.

Funeral services will be held at 10:00 a.m. Tuesday, August 24, 2021 at Holy Trinity Greek Orthodox Church, 1701 E. Saginaw St. in Lansing.  The Trisagion will begin at 9:30 a.m. on Tuesday at the Church.  Interment will follow at Deepdale Memorial Gardens.

Those who wish may make memorial contributions, in loving memory of Pete, to Holy Trinity Greek Orthodox Church.

This world lost a good and kind person! Pete married into my family and was one of the nicest people I knew! My sister nicknamed him “Sweet Pete” and that described him very well. He had a smile that could light up a room! I enjoyed occasional visits over lunch and always looked forward to the next opportunity to see him. Sending love and prayers to all who will surely miss him!

Although we were miles away, you were as close as a phone call. I am at a loss for words so I’ll let others speak my thoughts.

“That man is a success –
who has lived well,
laughed often and loved much;
who has gained the respect of intelligent men
and the love of children;
who has filled his niche
and accomplished his task;
who leaves the world better
than he found it;
who has never lacked appreciation of earth’s beauty
or failed to express it.;
who looked for the best in others
and gave the best he had.”

As We Look Back
Author Unknown

“As we look back over time
We find ourselves wondering…
Did we remember to thank you enough
For all you have done for us?
For all the times you were by our sides
To help and support us…
To celebrate our successes
To understand our problems
And accept our defeats?
Or for teaching us by your example,
The value of hard work, good judgment,
Courage and integrity?
We wonder if we ever thanked you
For the sacrifices you made.
To let us have the very best?
And for the simple things
Like laughter, smiles and times we shared?
If we have forgotten to show our
Gratitude enough for all the things you did,
We’re thanking you now.
And we are hoping you knew all along,
How much you meant to us.”

May Pete’s Memory Be Eternal.