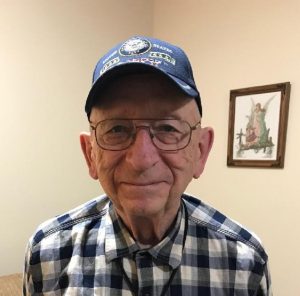 Age 87, of Lansing, Michigan, passed away November 16, 2020. Ned was born February 21, 1933, in Hannibal, New York, to Glen and Helen Spencer (Munger). Ned was a longtime, active member of South Lansing Christian Church. He proudly served in the Navy during the Korean War. He was an electrical engineer and retired from the State of Michigan. Ned was a devoted husband, a loving father, and a doting grandfather.

Due to current circumstances, there will be no service. Interment will take place at Forest Lawn Memorial Gardens, in Dimondale, Michigan. The family has asked that contributions in memory of Ned, be made to a charity of one’s own choice.

One Message on “Ned Spencer”

This is Dolores and Bruce Kenney. So very sorry for Neds passing. Please let us know if there will be a memorial. Ned was a special man !!