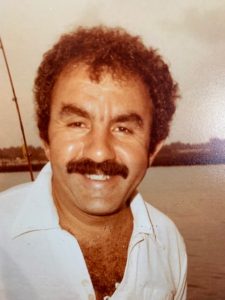 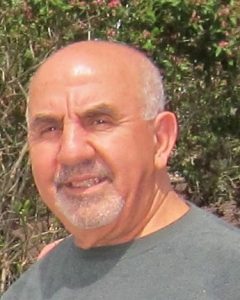 Michael Gabriel Eyde, 1939-2019,  lived his entire life in the Lansing area with treasured retreats, first at Houghton Lake and later in life at Gull Lake.

Mike was a graduate of Resurrection High School where he was a record high jump athlete and a football player with his two brothers as teammates.

The deep respect and admiration Mike had for his father and mother created the basis for his tremendous determination and success in life.  It was at home where work ethic and team spirit began. Through their father, Mike and his brothers learned the basics of business through such experiences as selling chickens and eggs door-to-door and pursuing a factory job prior to working in real estate.

Mike shared the founding of a business career with his identical twin Patrick and his younger brother Sam. This was the beginning that led to the development of his own signature real estate company.  Mike had the uncanny ability and vision in real estate to create and design projects as well as the ability to see future needs in the real estate development arena. He loved his work and did it with a passion. Mike’s dreams for future development will continue to be fulfilled with his vision at the forefront.

Mike went the extra mile during his mother’s later years, stopping by to cook delicious meals, converse, or play a competitive game of cards.  She also enjoyed the comfort and accessibility of Mike’s own home as time passed.

Mike was a man of peace and principle with a heart “as big as the sky.”  He absolutely loved family and friends and would go out of his way to help and give support: “he was a rock” for many and was cherished greatly for the man he was.

Mike loved animals and provided shelter for dogs, cats, and even an abandoned tortoise. He generously supported the rescue and care of hundreds of abandoned, injured, and homeless animals each year.

Mike passed away suddenly on November 11th. He is now joining his parents and his brothers George, Patrick and Richard in the realm of their creator.

Mike’s life will be remembered with enduring love and inspiration by Julie Baker, his sisters Kay Palinski and Mary Ann Daly, his brothers Lou (Marti) and Sam (Judy) along with his sisters-in-law Mary Ann Chadzynski and MaryAnn Christensen Eyde, as well as many nieces and nephews, extended family and friends.

Donations can be made to Eaton County Right to Life or Lansing Catholic Central.

My condolences to the family on the passing of your loved one. May our wonderful God our father be with you and guide you through.these trying times. My prayers are with you.

Dear Eyde family,
My most heartfelt condolences. Mike, was a wonderful friend and a mentor. He is truly going to be missed!!!

Our sincere condolences to the Eyde family. Our thoughts and prayers are with you.
Alice( Nouhan) Fahmie family

My sincere condolences on you brother, uncle’s passing. May he rest in peace and may you all find comfort and strength in this difficult time.

So Sorry for the loss of Mike. My Prayers are with the Eyde family at this time of sadness.

Sorry to hear about Mike, he was a great guy. My thoughts and prayers are with you, he will be greatly missed.

We are so sorry to hear of Mike’s passing. I enjoyed working with him and know that he will be missed. Our thoughts and prayers go out to his family and friends.

So sad to hear if the unexpected passing of your dear brother Mike.
May God have mercy on his soul and may he find eternal peace.

God be with you all.

With Love and Prayers,

I’m very sad to hear of Mike’s passing. My thoughts and prayers to him and all his family. May he rest in peace and be reunited with his loving twin, Pat, wonderful parents, brothers Richard and George and all his relatives passing before him. I will always remember him for his sweetness and thoughtfulnes toward me.

I lost a good friend Monday. Mike was a kind man with an amazing sense of humor. My condolences to the whole family.

My condolences to the family. Mike was a great guy and I really enjoyed working with him on the Homewood Suites In Lansing and our conversations. He will be missed.
Chris Brock – Hilton

Our condolences to the Eyde family a good man from a good family! Rest In Peace.
Ray and Shirley Yaeger

Our condolences to Sam and Judy, as well as the rest of the family. May you have peace and comfort from our Heavenly Father. Our thoughts and prayers are with you.
Teri (Beck) and Don Huff

Our thoughts and prayers are with the entire family for your loss. Mike was always larger than life. We especially enjoyed him at Christmas Eve dinners with Kay and Gene so many years ago. May your own memories sustain you and bring you peace.
Mike and Sharon Doherty

“A good friend is like a four-leaf clover; hard to find and lucky to have.”
– Irish Proverb
I am proud to say that Mike was indeed my good friend. Enjoy your reunion with Spike old buddy. Bill

Our condolences to the Eyde family for your irreparable loss. Michael’s legacy in the real estate industry will be preserved for generations to come.He will be sorely missed by many, who will always remember him for his wisdom and his heart as big as the sky. His love for animals also made him a very special man. Our thoughts and prayers will be with you during these difficult times. God bless you all.

To The Eyde Family and Friends…..may fond memories with Mike always bring a special joy and comfort to your hearts. Lynne Vandeventer

To Mike’s family and friends. It is with great sorrow that I offer my most sincere condolences in the passing of my friend and classmate for the past 65 years. Because our families lived just a few blocks from each other there were many times our parents would take turns taking us to school if weather prohibited the running of the school bus. When I got a car then for some reason we couldn’t be seen dead in a school bus so my car was the favored mode of travel both going to school and coming home after football and track practice. Our relationship continued well after school and was refreshed each time that I returned to Michigan especially during our class reunions. I am blessed to call Mike and his brothers my friends. Till we meet again; rest in peace my friend.

Our sincere condolences to the Eyde family. Our thoughts and prayers are with you.

I am saddened to hear of Mike’s passing. He was always so kind, and made me smile with his wonderful sense of humor, and “can do” attitude. I worked for Mike and Pat for a short time, but remained friends with Mike and visited he and his furry friends at Gull Lake one summer. Sincere condolences to his entire family. He will be greatly missed.

From Thomas Oliver, Waterford, Michigan. He was a great friend and I will never forget him. RIP and may God be with his family.

Mike was a fun loving great guy. My condolences andprayers to the family.