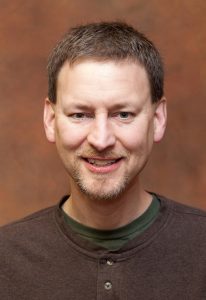 Mike passed away peacefully the morning of Monday, September 6, 2021 at Sparrow Hospital in Lansing, Michigan.  Mike was born on June 6th, 1967 to Doug and Judy (Paxton) Carr of Bloomdale, Ohio. Mike married Audra (Pugh) Carr on June 22nd, 1991.  They recently celebrated their 30th anniversary while on a family vacation out west.

Mike is survived by his wife Audra (Pugh) Carr, as well as their children: Robert (Logan) and Breanna. Mike is also survived by his siblings: Elaine (Todd) Parshall of Jackson, Michigan, Ed (Lisa) Carr of Pickerington, Ohio, and Wesley Carr of Toledo, Ohio, as well as several nieces and nephews. Mike was preceded in death by his father Douglas and his mother Judith Carr.

Mike was a 1985 graduate of Elmwood High School in Wood County.  Mike and Audra moved from Ohio to Michigan in 1999, where he worked at the Michigan Public Health Institute. He transferred to work for the State of Michigan as a statistician in 2010, where he focused on breast and cervical cancer and the Wisewoman project.

In addition to spending time with family, he loved his dogs (Mayfield, Buddy, Rio) and watching The Ohio State Buckeyes and Cleveland Browns with his children. He also enjoyed collecting dinosaur figurines, listening to Blue October, gardening, DIY projects, video games, going to the movie theater and watching his children participate in sports.

Mike was a truly faithful child of God, he was a member of the First Presbyterian Church of Holt for nearly 20 years, where he served as an Elder, Deacon, and participated in choir.

Burial and graveside service will take place at Maple Grove Cemetery, in Findlay, Ohio, at 1:00 PM, on Monday, September 13th, 2021.

Contributions can be made to the Leukemia & Lymphoma Society Michigan Chapter, at 2922 Fuller Avenue NE UNIT 114, Grand Rapids, MI 49505, or The First Presbyterian church of Holt.

Condolences and prayers for the family.
Dick and Karen Wasson
Bloomdale, Ohio

I’m so glad I hugged Mike at church two weeks ago! Rest In Peace Mike. Thank you for your service to God.

Our love and hugs to you, Audra and family. Prayers for peace and comfort.
John, Karen and Janice Fitzpatrick.

Comforting thoughts and warm hugs to Audra and children.. We are so very sorry for your loss. He was a great person and will definitely be missed. Much love,
Frank and Kristina Jumper

We love you ALL wish we could be there for you.

I am so deeply sorry to hear this news. I will lift the entire Carr family in prayer. Peace be with yoy
Love, Sallie (Schroeder) Gardner
Elmwood Class of 1981

Audra, I’m so sorry for your loss. I’ll never forget driving to a Braves game with you and Mike when we were in grad school.
– Lesley Hite

Sending condolences and prayers to the extended Carr family!

Love you all and so sorry to hear of Mike’s passing. He will be truly missed. Praying for peace and comfort for all of you.
Matt and Julie Reising

Mike was a kind and caring person. We are so sorry for your loss. Nick and Michelle Fleming

So sorry for your loss. I remember spending summers with Mike picking up rocks. Sending prayers to each one of you.

Definitely some fond memories working with you and Kent!

We are so sorry for your loss Audra, Logan and Breanna. I (Barb) was in choir for a bit with Mike at First Presbyterian of Mason. Prayers for all of you.
Barb & Steve VanDyke

Condolences to the family. I am truly sorry for your loss.

We are saddened by the loss of Mike Carr, his family has our deepest sympathies. Priscilla and BK Gopal

I occasionally worked with Mike as statisticians interested in GIS. He was always very kind. My thoughts and prayers are with his family.

Mike always seemed to make us smile – he had a subtle sense of humor that connected with us. Since we moved away, we really had no idea he was sick.
Our prayers for strength and comfort go to Audra and kids – such a wonderful family. We are greatly saddened by Mike’s passing.
Barb and Scotty Shimnoski

I am very saddened by the loss of Mike Carr; Mike was a very respected colleague , very kind very helpful and very supportive, rest in peace Mike, with my deepest sympathies to his family. Farid Shamo at MDHHS

Dear Audra, Robert and Breanna,
I am so very sorry and sad to hear about Mike’s passing. Although I didn’t know Mike well, I enjoyed our chit-chats when we’d run into each other walking up to our office building and sharing a ride in the elevator in the mornings or running into each other at various Division meetings. I don’t think we ever spoke that he didn’t share some fun thing he’d either just experienced with you or was planning to do with you. Mike was always a most pleasant person to be around; sometimes acknowledging but never negatively dwelling on a health issue he was dealing with. I am so, so sorry for your heavy hearts right now but I hope it’s some comfort to know he will always be remembered as a kind and friendly man who enjoyed talking about and sharing some joy that his family brought to him.
Linda Nordeen

Dear Elaine, Ed and Wesley,
I am so very very sad to hear of the passing of your brother Mike. Although I didn’t know him well, we chatted many times when we’d run into each other walking toward our office building and subsequently sharing an elevator ride until we arrived at his 5th floor. Mike was always friendly and willing to share little bits about his family–clearly relishing time with family and his four-legged buds. I can’t imagine your sorrow at losing a brother, but I hope it brings some comfort to know that I will always remember Mike for his quiet and gentle demeanor and his friendly face greeting me at the beginning of many works days.
Linda Nordeen

Thank you for sharing! Miss him so much.

Dear Audra, Logan and Breanna,
We are very saddened by Mike’s passing. He was such a good person, and he will be missed by all who knew him.
In Deepest Sympathy,
Mary and Will Ozee

I am very saddened by the loss of Mike. We both shared so many moments over the years. Lost a good friend.
Our prayers for Audra and kids.
Prabhakar

We were so sad to hear about Mike’s passing. He was a great person and will be missed by everyone who knew him. Our thoughts and prayers are with Audra, Logan, and Breanna.

I’m sorry for your loss.

I am so very sorry and sad to hear about Mike’s passing. Thinking and praying for you all. My condolences to all the family.
Mike will be miss in the MDHHS -Cancer Section.

Sorry about this huge loss, Audra and family. It was a privilege and honor to have known Mike, as his testimony (in life and words) was and is a lasting legacy. Rex Hauser and MG Jackson

I was very sorry to hear of Mike’s passing. It have been a few years since high school – but I always remember he would smile – especially when he was teasing Elaine.

I’m so sad to hear about Mike…..many memories of growing up in Bloomdale, attending Trinity and Elmwood together. God Comfort all of you who are mourning. Elaine, Ed, Wes and families

Many fond memories working with Mike at the State of Michigan. He was dedicated to high quality public health research and brought out the best in everyone he touched.
My heart is heavy for his family’s loss.

So many good memories from years gone by. Sadly, we lost touch over the years after moving out of state (us to Indiana, and your family to Michigan), wish we had been better at communicating over the years. We will miss Mike and we hope that you’ll reach out to the number we gave you, Audra.

It was good seeing you and your kids today, although the circumstances are not at all the ones any of us want. I’m sorry for your loss, and pray that God will bless you and heal your pain as best as He can over the years. Reach out anytime you want, we’d love to hear from you.

The same goes for seeing Ed and Wes today; I wish the circumstances were different, and nothing I can say will be good enough to express the loss that you all have experienced. May God bless you and the rest of your families with the healing process.

Elaine, I wish the same for you and your family. I missed seeing you, but I understand when circumstances don’t allow for travel. My thoughts are with you at this sorrowful time.

Mike will be missed greatly by all his family, friends, and coworkers. My prayers are with each and every one of you. May God bless you all.

So sorry for your loss! Great memories of the Carr family from Bloomdale !!!