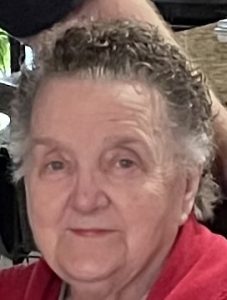 Age 87, passed away peacefully on October 9, 2021, at her home in East Lansing, MI.  She was born August 14, 1934, in Luther, MI, the daughter of Alvin and Mary (Campbell) Barnaby.  Mary attended Charlotte High School in Charlotte Michigan. Mary was a retired realtor, a volunteer for the Lansing City Clerk’s office and an avid reader.

Mary was preceded in death by:  her loving husband, Edwin “Bill” Reynolds, both of her parents, her brothers James Barnaby, Jacques Barnaby and David Barnaby, her sister Deanna Barnaby and her beloved son-in-law William “Sonny” Matlock.

A memorial service will be held at 1:00 p.m. Friday, October 22, 2021, at the Estes-Leadley Greater Lansing Chapel.  Her family will receive friends one hour prior to the memorial service.  In lieu of flowers, memorial contributions may be made to the American Cancer Society or the American Heart Association in memory of Mary Reynolds.

One Message on “Mary E. Reynolds”

RIP Mary!, Always a pleasure to see your smiling face, and to work with you over the years at the election center and City Clerk office!. Prayers for your family. You will be missed.