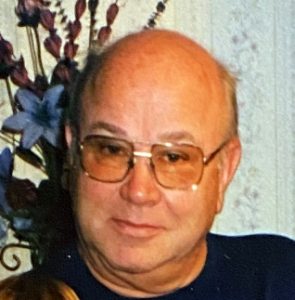 Lloyd Elton Schnabelrauch, 87 years old, passed to heaven peacefully from natural causes with his family around him, in the home that he and wife Sue built together 54 years ago. Lloyd was born on October 2, 1934 to William and Ione (Eves) Schnabelrauch of Dansville, Michigan. He is survived by his wife of 62 years, Susan (Stone), daughters Kim (Lauryn, grandchildren Mark, Daniel and Jeanene (Michael) Rulason and great-grandchildren Theo and Zoey) Rodgers, Peggy (Todd, grandsons Hunter and Landon) Napieralski, and Amy (Peter, granddaughters Olivia, Sophia, and Gabriella) Hanover, and two siblings, Lewis Schnabelrauch and Corla Kyes, along with several nieces and nephews. Preceding him in death were his parents and step-father, Gus Theodorski, his infant son, Brett (1964), and his sisters Muriel Kinney (2017), and Lorraine Proseus (2020), and brother Clarence Schnabelrauch (2019).

Lloyd worked as a skilled-tradesman, Millwright at General Motors for 32 years and had a gifted mechanical mind. Among the many things he enjoyed at work, some major highlights of his career were his involvement in the N Car program and being instrumental in the development of Oldsmobile’s Quad 4 engine. He helped many family members and friends with automotive and household maintenance throughout his life and also served his church, South Lansing Christian Church as a building custodian for many years. Family and faith were of the utmost importance to Lloyd and he was a current member of West Lansing Church of Christ. Lloyd was also a veteran, serving his country in the armed forces with an honorable discharge in 1962.

Arrangements are by the Estes-Leadley Holt/Delhi Chapel.

The Lord got a great saint.

A good friend of many years. Our thoughts and prayers to all of the family. Judy Based Lewis and Joy Baade.

My thoughts and prayers are with you Sue.

My condolences to the family.

So sorry for ur loss ,prayers and love to all of u he will be missed ,but we will have all the memories ,always in our heart ,May God Bless u all .

A good friend, neighbor, and follower of Christ. Miss seeing him out in his yard.

Our thoughts and prayers are with the Schnabelrauch and extended families at this difficult time. Uncle Lloyd lived such an accomplished life. Surely, he will be remembered as hardworking, a role model and mentor. Mr. 442. His service for our country is so special and greatly appreciated. May there be peace and comfort in cherished memories along with the eternal promise…that he has stepped onto the shore of heaven has been welcomed by the loving hand of God.
“The Lord is near to all who call on Him”
Psalm 145:18 NIV

To Sue and Famiky,
My most loving hugs to all of you as you miss your loving husband and father and grand father Lloyd. It was always my pleasure to have had him as a neighbor during the short 18 years that I lived next door to you all.
I will always remember his soft spoken voice and the care that he took to be as friendly a neighbor as he possibly could be. He always had a smile, wave, and kind words for us when he would see us outside, To me I think he truly represented a beautiful picture of Christ living in him!
So sad to know that he’s not hear on earth, but look forward to a heavenly reunion someday!
With condolences and loving hugs to you.

Our hearts are saddened by the loss of uncle Lloyd that you fine at this time that are thoughts and prayers are always there with you from all of condolences from the Kinneys families.

To the schanbelrauch family.
My heart goes out to the family of lloyd and sue schanbelrauch.
As a neighbor of lloyd and sue for many years growing up and then purchasing the same home from my parents in 1995. It has been a blessing to know lloyd and sue for so many years.
I will definitely miss the days of seeing sue outside weeding the flower beds and lloyd always working on something in the pole barn. It has been a blessing
Having such good neighbors living next door to our family.
Lloyd has always had a way of helping me with something, either giving me automotive knowledge or tilling our garden up in the spring time. The lord has brought a good man by his side, and I will surely miss the days of just swinging over to see what’s been going on,to having a conversation on how our day has been.
I will miss those days for sure.
One day I hope to see him again
And just say HI,and talk about how our days been.
God bless