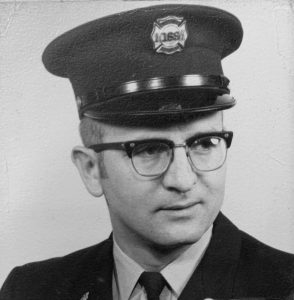 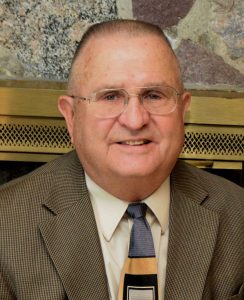 He was an active member of Zion Evangelical Lutheran Church in Lansing, MI.

The funeral service will be held at 11:00 a.m. on Tuesday, October 22, 2019, at Zion Evangelical Lutheran Church, 4001 S. Pennsylvania Avenue, Lansing, MI, with Retired Pastor Michael Bater officiating. There will be a luncheon at the church after the service.

In lieu of flowers, memorial contributions may be made to Zion Evangelical Lutheran Church, Highfields, Inc. or McLaren Homecare Group (hospice). Arrangements are by the Estes-Leadley Greater Lansing Chapel.

Rudy and I were so sorry to hear about Vern. Our thoughts and prayers are with you during this difficult time. Let us know if you need anything. We’re right around the corner.

Vern was a special man. We will miss his neighbor comments to us.

With love and hugs,

Peg, so sorry to hear about this. Prayers to all of you.

Deepest Sympathy to the entire Foess/Jackson/Fandel family.
Vern was such a generous, kind hearted and fun loving gentleman.
He will be greatly missed by all knew him.
Gone to soon from our sight but never from our hearts.

Peggy and family, we are so sorry to hear about Vern. You guys are in our thoughts and prayers. Please let us know if we can help in any way. Roxanne, we know how hard it is to lose your dad so please call if you need to talk or need anything. We will miss our grandpa Fandel!
Love, Albert, Kris, Mario and Hope Lopez

Oh my deepest sympathy to you. I loved Peggy and Vern. I miss you guys terribly. Hugs to you Peggy.

We are so sorry for your loss. Our deepest sympathies go out to your family. Grandpa Fandel will be greatly missed.

Dear Peggy and Bob so very sorry for the loss of your husband and Dad. Many prayers to you all of your family and big long hugs. Much love Ollie

I worked with Vern in the LFD. He was a fun guy, and very clever and ingenious. We had a lot of laughs, over the years. He was one of the Good Guys.
Gary Bogart

So sorry for your loss Peggy and family. Vern was so kind and helpful always. He has a special place in our hearts. Let us know if we can help in any way. Blessings…

Vern will be missed by everyone who knew him. He was the best brother-in-law anyone could ask for. He was kn, Happy and Jr a great man. My heart goes out to Peg and all the family.

I’m so sorry for your loss. thoughts and prayers are with you all.I have several memories of you all growing up.

My deepest sympathies to all of Vern’s family. He was deeply loved and will be deeply missed. My heart, thoughts and prayers are with you at this difficult time.

I grew up with Lavern (“Bernie”) in North Lansing. He was essentially a brother to me from when l was 5 years to 15 years old and was a good friend after I moved away. I have hundreds of great memories. He was probably the one person who influenced my early life the most, an intelligent, moral guy, who mentored me. Me, his family, Lansing, and many others have benefitted from his life. My prayers go with his family. I am sorry for their loss.

Our deepest sympathies go out to the family of Vern Foess. Your family lost a great family member and we lost a great friend, neighbor and street mayor. We will miss his friendship and humor. May God lift you up in the coming days and weeks and help you through the difficult moments in the days that lie ahead. And may the many family memories live on in your hearts forever.