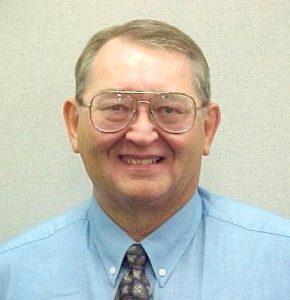 Age 74, of Ypsilanti, Michigan, passed away on April 10, 2021. Joseph was born September 11, 1946, in Durham, North Carolina, to parents Calvin and Ruth. While earning a degree in finance at the Ohio State University, he would meet the love of his life, Deborah Zieroff, on a blind date. After graduating, he and Deborah were married, and he was hired by Ford Motor Company, where he spent his entire career. He was known by colleagues to be hard working, dedicated, and a mentor to others.

Affectionately known by others as “Papa Joe,” he felt that there was no better way to spend the day than out on the lake fishing or teaching the grandkids how to bait a hook. In his retirement, he spent time perfecting his swing with his golf league and many friends.

Prior to illness, Joseph and Deborah were able to travel and delighted in memories of their trips to Budapest, the U.K., and Hawaii, among others. More than anything, Joseph loved family and friends, and spending time sharing stories and laughs around the table. Joseph was a man of strong faith and a member of First Christian Church and later Huron Christian Church of Ypsilanti. Throughout their lives, he and Deborah spent much of their time devoted to the service of others, including volunteering with local Meals on Wheels and hospice services.

Per his wishes, there will be no formal service at this time. The family plans to receive friends for a celebration of his life at a later date; details will follow. Donations in his memory can be made to Hospice House of Mid-Michigan. Arrangements are by the Estes-Leadley Holt/Delhi Chapel. www.EstesLeadley.com

One Message on “Joseph Bryant Mangum”

I remember Joe as a good man and faithful. Deborah, you and your family have my sympathy.