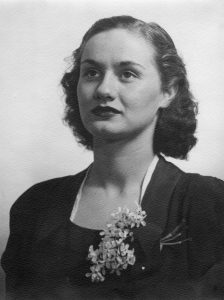 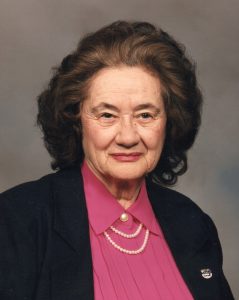 Gola grew up in Toledo, graduating from DeVilbiss High School in 1938. After high school she attended the University of Toledo and was a member of the Tau Delta Sigma sorority, in which she remained an active member throughout her life.  Gola worked at American Propeller Corporation during World War II, and as a bookkeeper at Toledo Desk and Fixture Company and the Toledo Bronze Raven newspaper.

Gola was an active member of the community, serving on the Toledo City Historical District Commission, as a Friend of the Metroparks and as an active volunteer and parishioner at Sacred Heart Catholic Church.

The Funeral Mass will be celebrated at St. Clement Catholic Church, 3030 Tremainsville Rd., Toledo, Ohio, at 10:00 a.m. on Saturday, September 21, 2019. Burial will follow the funeral at Toledo Memorial Park. Visitation will begin at 9:00 a.m. at the church. Arrangements are by the Estes-Leadley Greater Lansing Chapel. www.EstesLeadley.com

One Message on “Gola C. Bitterman”

My husband, Larry Michaels, and I knew both Gola and Annette Halka from the East Toledo Historical Society. Both were friendly and gracious women. Gola helped many people through her community and volunteer efforts, and we will miss her.