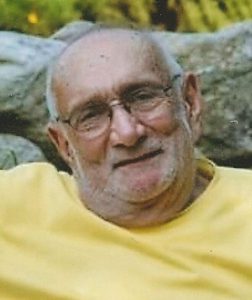 Age 86, of Lansing, MI, passed away at his home in Lansing on September 8, 2019.  Frank was born in St. Louis, Missouri to Max & Bea (Goldman) Schneiderman on August 2, 1933. His signature work ethic emerged at the age of 7 when he started his first paper route. By the age of 9 he had employed his younger brother to sell newspapers to the sailors in Bremerton, Washington where his father was stationed during World War II. At home, in St. Louis, after the war, Frank attended grammar school and high school, graduating at the age of 15 having skipped two grades. Subsequently, he graduated from St. Louis College of Pharmacy and went on to attend the Des Moines College of Osteopathic Medicine. He ultimately graduated from Chicago College of Osteopathic Medicine all the while moonlighting as a pharmacist to pay his tuition. Upon graduation from medical school he completed a residency in Pediatrics. It was in Mount Clemens, Michigan that he established a pediatrics practice and raised his family.

The practice of medicine, however, was never enough for Frank. In addition to his practice, he owned a foreign car dealership and later owned and operated Holiday Trailer Sales with his father. At the time, Holiday became the largest Holiday Rambler travel trailer dealership in the country. Holiday was sold in 1975. In 1976 Frank sold his pediatrics practice and moved his family to East Lansing where he joined the Pediatric Department at Michigan State University’s College of Osteopathic Medicine. Always striving, in 1983 Frank pursued a fellowship in Pediatric Intensive Care. Upon completion of his fellowship, Frank established a Pediatric Intensive Care Unit at Ingham Medical Hospital in Lansing. The unit closed when Frank joined Dr. Steve Guertin as the co-director of the Pediatric Intensive Care Unit at Sparrow Hospital. During his tenure at Sparrow Hospital, Frank cared for many, many critically ill children and was inducted into the Sparrow Hospital Physicians’ Hall of Fame and retired from Sparrow Hospital and Michigan State University in 2008.

In concert with his career as a physician in Lansing, Frank owned and operated, with his two sons, Thrifty Muffler and Brakes. Frank’s life, however, was not entirely defined by his career as a physician. As a Boy Scout and ultimately an Eagle Scout, Frank possessed a love for the outdoors. As an adult, his love of nature became, more specifically, a passion for fly fishing. His favorite fishing venues included the Au Sable River near Grayling, Michigan, and the Missouri River in Craig, Montana. He tied his own flies and chased the hatches to enjoy the best fishing. While his career was demanding, he always found time to fish and camp with his family.  Frank loved his family and sought to ensure that his children experience the wonders of our national parks and the beauty of Canada’s western provinces. He also fiercely supported his children’s educational pursuits and enabled them all to receive advanced degrees. He was particularly proud that two of his children chose to become physicians. Near the end of his life, Frank commented that “[he’d] gotten his money’s worth” in this life. Frank was an unparalleled father, partner, colleague and physician.

A private graveside service is scheduled. The date for a public memorial is forthcoming. The family requests that mourners contribute to Trout Unlimited, PO Box 7400, Woolly Bugger, WV 25438.

Condolences to the family

My condolences to the entire Schneiderman family. Frank was a wonderful doctor and gentleman. My limited interaction with him was in the PICU at Sparrow but I know his life was full and I wish him peace and eternal rest.

To the Schneiderman family, my deepest consolences. Without Frank here, the world is a little less. He was a wonderful man.

I would cross paths with Dr. Schneiderman in PICU, when doing Plasmapheresis on some kids in the unit.

Not often, but Every encounter was memorable and welcome.

Best Wishes and Condolences to his family.