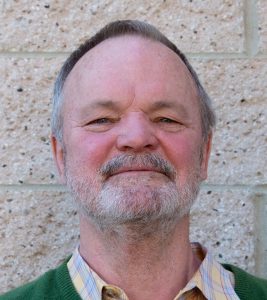 Mark Menning died peacefully on November 10, 2020 at the University of Michigan hospital. He was 73.

Mark was born in California on November 11, 1946 to his parents Ralph and Irene Menning, who preceded him in death.  Along with his brothers Charles (“Chuck”, predeceased), Bruce (Vicky) and Roger (Elizabeth), he lived the itinerant life of a preacher’s kid.  The family crisscrossed the country as his father answered calls to Reformed churches in California, Colorado, New Jersey and Michigan. The frequent moves bonded the brothers together.  They saw their relationship evolve over the years from shared hijinks as youngsters to forging new connections as adults around shared loves of music, travel, gardening, woodworking and camping.

Mark attended Hope College where he became a lifelong member of the Gassmen, a rock band. After Hope College, Mark attended the University of Michigan Medical School before moving to Grand Rapids for surgical training and a fellowship in colon rectal surgery. While there, Mark met a lovely young nurse named Patricia Honderd, who saw his potential even though he proposed going roller skating as a first date. Forty-seven years of marriage ensued: raising two sons, completing many adventures and sharing countless quiet mornings together reading the paper and doing Sudoku.

Mark was the devoted father of two boys, Jesse (Whitney) and Ian. Coming home from countless hours of surgery, he found time and energy to play driveway hockey, attend myriad games, draw intricate comic books starring inanimate-object superheroes (“Milk bottle Man”) and more. Later, Mark became grandfather or “Opa” to William and Caroline. He brought both a deep love and childlike humor to his role as Opa, ensuring his grandkids will remember both the extended snuggles and the intriguing possibility of an “Oatmeal Volcano” should the microwave run too long. In addition to his sons and grandchildren, Mark leaves numerous nieces and nephews, who are requested to gently and lovingly needle themselves in Uncle Mark’s absence.

As a colon rectal surgeon, Mark worked for decades at St. Lawrence and Sparrow hospitals in Lansing. There he mended many patients with both his surgical skills and compassionate bedside manner.  Patients frequently interrupted family lunches around town to thank Mark for his empathetic care. That passion for being a doctor was matched only by his passion for having the most modest car in the doctors’ parking lot. Towards that goal, Mark folded himself into a succession of cars too small for his six-foot two inch frame, including a Geo Metro and a 2003 Toyota Echo.

Outside of work and family, Mark was a long-time member of River Terrace Church in East Lansing. Putting aside a lifelong animosity toward committees, he joined the missions committee and went on two meaningful trips to Nigeria.  When retirement allowed him more free time, he served as an elder. But his greatest love in the church was the choir. The combination of good friends, glorious melodies, precise musical timing and less-precise rhythmic swaying formed a central part of his life.

On a warm November day, Mark’s immediate family remembered him with a special memorial service in the leafy hospital courtyard.  The family hopes to celebrate his life with family and friends on the shores of Lake Michigan next summer. In lieu of flowers, please send donations to either Doctors Without Borders or World Renew/Beacon of Hope Initiative/Nigeria. Arrangements are by the Estes-Leadley Greater Lansing Chapel.

Woe Condolences to the family. Dr. Menning was a great compassionate physician

My condolences to Dr. Menning’s family, friends and colleagues. I always appreciated his help as a consultant when I was in practice as a family physician. I got to rotate with him and Dr. Brickner when I was a resident (a really great rotation) and then for 30-plus years after continued to value their expertise and help whenever needed. (I did warn patients that he might introduce himself as a “butt doctor”). I am so sorry for your loss.

I am deeply sorry for your loss. Doc was my doctor for many years and it saddens me that he passed on so young. He had the best jokes and could make you laugh so hard that the procedure almost seemed like a good time. RIP Doc. Until we meet again.

Pat, We are very sad to hear of Mark’s passing. Please know that you and your family are in our thoughts and prayers. Jane & Patrick Gannaway

I was completely confident in Dr. Menning’s care. From day one to his retirement I knew he was thorough, compassionate and the BEST physician for me. Rest in peace Doctor.

Dear Pat and family, My sincere sympathies for your loss. Your husband and father was a great great Dr. I worked with him and you for many years at St Lawerence. What a kind caring physician and compassionate man to his patients and staff. Bless your family.

AM SO SORRY TO HEAR ABOUT DR. MENNING. I WORKED WITH HIM IN SURGERY FOR MANY YEARS . AND ANYBODY WHO KNEW HIM , KNEW HE WAS A METICULOUS AND CARING DOCTOR . HE HAD A GREAT SENSE OF HUMOR AND REALLY CARED ABOUT HIS PATIENTS AND DOING RIGHT BY THEM. I AM REALLY GLAD HE GOT TO RETIRE AND ENJOY SOME SPECIAL TIME WITH HIS FAMILY BEFORE THIS HAPPENED. AM GOING TO MISS KNOWING HE WILL NOT BE AROUND , BUT WILL NEVER FORGET THAT HE WAS.

Dr. Menning took wonderful care of me for many years and felt like more of a friend than a physician/surgeon. My condolences to all who share my grief over his passing. We are all blessed to have known him.

I am so sorry for your loss, I work in surgery with Dr Menning for many years. He was a very compassionate surgeon. He had a great sense of humor that you enjoyed working with him.

Pat, Lexcie and I are sorry to learn of the passing of Mark. You and your family are in our prayers.

Pat,Jesse, and Ian: I am so sorry for your loss. My son Josh and Jesse went through K-12 together and I still tell the story of the night someone on the LCS basketball team got injured during the game. Mark followed the player into the locker room to check him out, while everyone in the stands and on the bench waited to here how the player was doing. Finally, Dr. Menning sauntered our, walked past the team bench, calmly turned towards the stands, and confidently said “his butt’s fine”, causing everyone in the stands to roar with laughter. He was an intelligent, humble, gentle giant. I will lift you all up and place you in the arms of Jesus!

I am so sorry for your loss but trust you will take comfort in knowing he is at peace now. A wonderful surgeon, person and husband/father/grandfather – the “real deal”, he will be missed. I am impressed that he he placed his award for the Dutch Mafia – above his toilet, most befitting. It was an honor (and sometimes an experience) working with him in the operating room for all those years and I will cherish those memories. Thank you for taking such good care of him, and please take care of yourselves now during these challenging times. “Well done, Good and Faithful Servant.”

Dr. Menning was a wonderful doctor and surgeon.
I worked with him in the Sparrow Endoscopy unit. He had a wicked sense of humor, but was gentle with everyone. I never heard him raise his voice at anyone!
I loved working with him and his patients loved him.
I’m very sorry to his family for their loss.
My sincere condolences.

I had the pleasure of taking care of many of his patients on 6South at Sparrow Hospital. He was kind, compassionate and we always welcomed him to the floor for his witty conversation. May his soul rest in peace. My thoughts and prayers to his family.

Your family are in our prayers. He was a great surgeon and will be missed. We were so sad when we heard he was retiring, but we were glad that he had more time to enjoy life with his family. We were just one of his many patients.
God Bless
Alberta & Art Kuhn

I am so sorry for your loss ! Dr
Menning was a rare gem in this world and we were all lucky to have worked with him ! I am so glad he got some retirement time , which he richly deserved and the chance to enjoy some grandchildren too ! Love to you all !

Dr Menning was awesome doctor. He saved my life on Memorial Day in 1990. I had a bowel obstruction they called him in to do emergency surgery on me. And I made it through and I had never met him. Thank you for saving my life and sending prayers to the family

Mark was a trusted colleague and consultant. I would always seek his opinion on difficult cases I had. When I retired I sent2 of my patients to him, knowing they would receive great care. he had a great sense of humor. We will all miss him.

My sincere condolences to Dr. Menning’s family. He was my surgeon for many, many years. He was thoughtful and a skilled surgeon, who was also very caring. May he rest in peace!

I add my appreciation to the comments of patients, docs and other health providers who observed or experienced Mark’s care. He was a very skilled physician and surgeon, yet extremely humble. It is clear to me that he was guided by his faith. I am thankful to have known him.

Wow what a shock. My sincere condolences to Pat and the rest of the family. What a Gem of a person and Doctor/ Partner / Cosurgeon/ for a big man he had the most gentle hands in the abdomen. Much respect Will miss his humor and will always be remembered by his quiet walk and ever present grin
Rest in Pearce my friend

I am so sorry to hear this news! As an ER doctor at St. Lawrence for 20 years, I looked forward to his consultations many, many times. He ALWAYS treated patients and staff with the utmost respect, even when we dragged him in during the wee hours of the night/morning. His dry sense of humor and self-deprecating lightened the stress of caring for ill patients and their families. He was a wonderful physician and mentor.

Dear Pat, Jesse and Ian,
Jim and I were so sorry to hear of Mark’s passing. We fondly remember all the nice times we had as your neighbors on Sparrow Ave. – particularly Jim and Mark playing basketball in the driveway and trading summer goodies over the fence. You are in our thoughts.

I will always be grateful for my colleague friend and “brother”. Our friendship began as surgery residents in 1973 and was cemented for more than 35 years as my associate. Doing surgery with him was like a dance peppered with many checkered jokes while listening to Steely Dan. We shared a lifetime of covering calls, some late night emergencies and many laughs too. Even on his crabby days he was a joy to work with. He was smart as hell and surgically very gifted and yet not pretentious. My sympathy to Pat Jesse and Ian. He will always be in my heart.