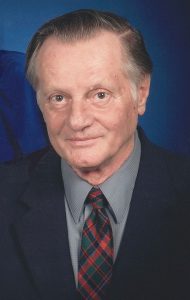 Donald Keith Remillard was called home by God, his Father in heaven, on October 3, 2021. He was born on December 5, 1938, to Lorelda and Raymond Remillard in Hancock, Michigan. His surviving siblings are Lajoy (Remillard) Sheehan and Daryl Rudd (Rita). He was preceded in death by his much-loved wife, Beverly Ann (Raynard) Remillard.

Donald graduated from Sterling College, Sterling, KS, where he had met the most beautiful woman on campus who became his lifelong partner in ministry, Beverly Ann Raynard. He eventually completed his education with a MDiv and STM from Dubuque Theological Seminary. For nearly 30 years he pastored Presbyterian Churches in Michigan and Pennsylvania. His final position was teaching conflict resolution to inmates of Macomb County Jail. He would often joke he was in jail for 9 years.

Don was an avid collector of stuff. His first love was US stamps, a hobby he introduced to all his children. He branched out into foreign coins, amassing one of the largest collections around. His other collections included Avon Cologne Cars and coffee mugs from every college or university his children attended. He placed a very high value on education and was always bragging about the educational accomplishments of his children.

They also called many places home; from Sterling, Kansas; Woodhull, Illinois; Drayton Plaines, Bad Axe, Traverse City, and Sterling Heights, Michigan. They also enjoyed a couple of wonderful years in Louisville, Ohio. They lived in Bad Axe for a total of 20 of their 61 years of marriage.

Donald committed his life to Christ in his teenage years and faithfully served his Lord ever since. Well done, good and faithful servant.

A memorial service will be held at 11:00 a.m. on Saturday, October 23, 2021, at Aurelius Baptist Church, 4419 Barnes Rd., Mason, MI. Arrangements are by the Estes-Leadley Holt/Delhi Chapel. Online condolences may be left for his family at www.EstesLeadley.com

Don and Beverly were are dearly loved friends from the 1960s until Don’s passing. He was in seminary when he served our church in Woodhull, IL. In recent years, we spoke by phone every few weeks. Our prayers are with his family and friends.

He would often tell me to spoke with this couple he has know for so long. Sometimes he would forget your city. I would remind him it was Woodhull and he was always so happy to talk to such “old” friends!

Don was instrumental in bringing me back to faith in my 20’s. Through all my objections, he just loved me back into the Kingdom. How wonderful it has been to reconnect with him over the past several years. And death brings no separation.

Chuck, my father often spoke of his conversations with you. It meant more than you can imagine to hear from you and to share your faith with him.

Don was a great pastor, a real shepherd to his flock. He loved people. He gave the sermon at our baccalaureate service. I expect he almost got fired for the ribald story he started with.

“A young girl got pregnant in high school and her father was yelling at her all night. Finally, he said, ‘WHAT WERE YOU THINKING? WHERE WAS YOUR HEAD!”. to which she replied, “I think it was under the steering wheel.”

If someone came in for counselling he always felt accepted by Don. Don would do anything to relate to and love on people.

He was a real man. He really loved. He will be so missed. I wish we had a hundred men of God like him.

Im so sorry for your loss. Prayers for the family. We knew Don and Bev from Victory in Christ Community Church, Bad Axe Michigan

Reverend Remillard was a wonderful friend to our Mom, Addie (Mae) Krohn. I grew up in the Presbyterian church in Bad Axe. When he and Beverly moved back and became Mom’s neighbor, I called him Reverend Remillard, he said, “Please, call me Don, I’m retired.” That wasn’t possible, I continued to call him Reverend.