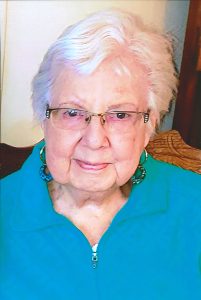 Age 88, passed away January 10, 2023.  She was born October 3, 1934, in Detroit, to Lloyd and Susan (Barnes) Dutton.  Dee worked at MSU in her younger years, later working at Mason State Bank and Ingham County Courthouse before becoming a legal secretary at Farhat, Burns and Story Law Firm.  She was a member of the Mason Chapter of the Order of Eastern Star and she was an active member of Holt United Methodist Church.  Dee loved to play Bridge and Euchre and was an avid reader, but loved spending time with her children and grandchildren most of all.

The funeral service will be held at 11:00 a.m. Saturday, January 21, 2023, at Holt United Methodist Church, 2321 N. Aurelius Road.  A graveside service will follow in Chapel Hill Memorial Gardens in Lansing at 12:30 p.m.  Her family will receive friends at the church from 10:00 a.m. until service time on Saturday.  In lieu of flowers, memorial contributions may be made to the V.F.W. National Home in Eaton Rapids.

Dolores was always a sweet heart. I enjoyed all the time that I got to spend with her as her caregiver she will be greatly missed my heart and thoughts are with the family at this time.

We are thinking of you Lisa and your family, sending our love,
St. Michael School