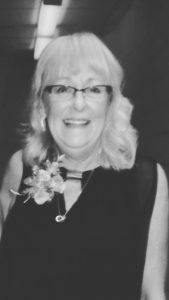 Diane graduated from Sexton High School and subsequently attended nursing school at Lansing Community College becoming a registered nurse. She served her patients with passion in multiple areas throughout her career, including Labor and Delivery, Obstetrics and Gynecology, and later in Addiction Medicine. She married her long-time love, Mark Mixon, recently celebrating 32 years of marriage. Diane was an amazing mother, wife, grandmother, and nurse, and above all else, a good person.

Diane will be deeply missed by her loved ones. A private celebration of her life will be held for her family.

Diane was a wonderful and compassionate human being. This world wont be the same without her. She will truly be missed.

Diana is my hero. She had a great heart and all she wanted was people to succeed in whatever direction they chose to go in there life. She was always there to learn on when you needed.
She will be greatly missed.
Rest Easy now

We are so sorry to hear of Diane’s passing. She was a great lady!

Mark and family:
I am so sorry for your loss and extend my sincere sympathy to each of you. Not only was Diane a bright light so full of energy and life, she was beloved for her compassionate care and helping those in time of need. She was truly a people-person and enjoyed using her gifts in making things just a little bit better for others. Hers was truly a life well-lived and I will miss her. My thoughts and prayers are with you all.

Diane you will truley be missed! You are “Beautiful” on the inside & outside I will miss you so so much… . You always brought a smile to my face & let everyone know that you really cared about us and I Thank You so much for that!!! I will miss your smile & wisdom. Thank you for being you! My prayers are with your family. God bless you all.

Mark and family I saw Dianne on a weekly basis, she often spoke about all of you and how much she loved you. Dianne would tell me of the wonderful trips she would take to visit her children & grandchildren. She could always brighten your day with her beautiful smile.
You will truly be missed Dianne, & always in my heart; thank you for all your support.

I had the privilege of working with Diane for about 3 years. Diane was knowledgeable, compassionate, hardworking, and always willing to go the extra mile so that our patients would do as well as they possibly could in their often challenging lives. Diane would never compromise giving excellent care to the patients. I enjoyed being with her as a colleague, teaching and learning, and as a friend. My prayers and good wishes to Mark and all of Diane’s family.
Judi Suess, MD, MPH