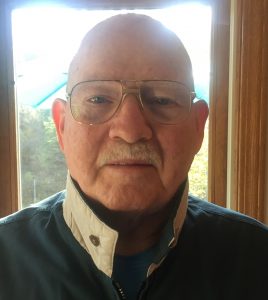 Dale passed away February 4, 2021 at the age of 81. He was born September 12, 1939, in Lansing to Russell and Alberta Jacobs. Dale served in the U. S. Army before he began his career with Fisher Body Company, retiring in 1994. Dale loved golf and was a loyal Spartan fan.
Dale is survived by his wife of 58 years, Moreen “Kay ” (Bacon) Jacobs.  His daughter Kaileen (Van) Horrocks, son Brent (Margie) Jacobs, and his grandchildren, Avery Horrocks and Catie Jacobs. Also his brother Marvin Jacobs and sister Gay (Ed) Barr. He is also survived by many nieces and nephews. He was preceded in death by his parents and sisters Sandra, Evelyn and Patricia and sister-in-law Peggy.
A memorial celebration will be held at a later date. In lieu of flowers, memorial contributions to your local food bank, or to Hospice House of Mid-Michigan in memory of Dale Jacobs. Online condolences may be left for his family at www. EstesLeadley.com.

I’m so sorry for your loss Kay.

Kaileen, I am so sorry to hear that your Dad passed. I will remember him with his happy smile the last time I saw him right after he retired. Boy, that goes a ways back. I have lots a great memories of you and the whole family while growing up. I hope you find memories to give you smiles also. If you need anything, let me know. Always Hugs and Prayers to the whole family. Love you girlfriend. Sue Tower Baker

So sorry Kay for you and all your family. Jake and i were old friends for too many years to count. He was a good friend and buddy and i will miss him. We had way too many fun times together and wherever you are I know we will both miss our weekly contact times to discuss any and all things considered. Good bye my friend.

My deepest sympathy on the loss of Dale. I am so very sorry.

I am so very sorry for your loss and thinking of you and your family. Many childhood memories of hanging out your house on Green & Schoolcraft. Your dad and family was always so nice. I am always here if you need anything. Rhonda King

He is a Super Nova now! Reminds me of the old neighborhood. Memories for miles and miles! Love you!

We are so very sorry Kay, we will sure keep you in our thoughts and prayers. Love you girl

We are saddened by your loss ,kay, and our thoughts are with you.

Kay, I have so many fond memories from our Hockey adventures. Jane and I will miss Dale.

Kaileen, I am sorry to hear about your father. I will pray for you and your family.

Kay, we are very sad, but are very happy that we had so many good times together. We love
you and your family and are here for anything any of you may. God bless, Butch & Margaret

Kay, we are thinking of you and your family! May the good memories help you through this sad time in your life. Dale was a great man! We are happy we met you in Orange Beach, Alabama!! RIP Dale! We will keep you all in our thoughts and prayers! Love from Ray and Carol Idalski

Kay I am so very sorry for your loss. You are in my thoughts and prayers.

So sorry for your lost. Our sincere condolences in this time of sorrow.

Kay and family, John and I were very sorry to read Dale had passed away. Like so many, we have such wonderful memories of the times spent with your family and the remarkable group on Schoolcraft St. Condolences and prayers to you.