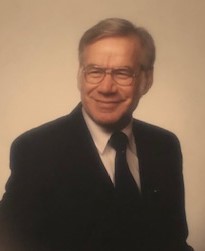 Age 85, passed away January 28, 2020.  He was born July 6, 1934, in Rose City, Michigan, to Lawrence and Leatha Partlo.  Clyde was a veteran, serving in the U.S. Air Force during the Korean Conflict.  He worked for the U.S. Postal Service as an electronics technician from 1964 to 1990, then worked at Dart Container for 10 years.  He enjoyed playing with his grandchildren, golf and bowling, which he did until two years ago.

The funeral service will be held at 11:00 a.m. Friday, January 31, 2020, at the Estes-Leadley Holt/Delhi Chapel.  His family will receive friends at the funeral home from 9:00 to 11:00 a.m. and from 5:00 to 7:00 p.m. Thursday, as well as one hour prior to the funeral on Friday.  Interment with military honors will take place in Chapel Hill Memorial Gardens on Monday at Noon.  In lieu of flowers, memorial contributions may be made to Hospice of Lansing in memory of Clyde Partlo. 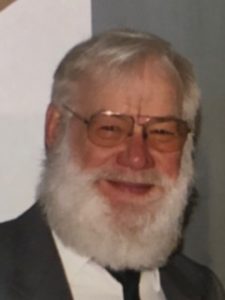 One Message on “Clyde Henry Partlo”

I will miss Clyde for his comfort and caring. He always made me feel like his daughter although I was his daughter-in-law. I will really miss him but will remember all of the times that he helped us over the years. Especially with all of our homes over the years. I will always love you.