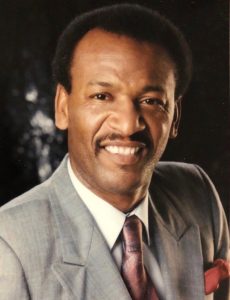 Charles Nelson “Chuck” Walker Sr. died Friday, September 27, 2019, in Lansing, MI.  He was born at Brownsville, Fayette County, Pennsylvania, on October 9, 1945, where he attended school.  He lived in a rural area with few amenities but overcame the adversities. He was one of ten children of parents Margaret and Kenneth Walker.  Following high school, he joined the U.S. Army and served in Europe.

For over 30 years, Chuck responsibly served the people of Michigan as part of the State Medicaid Program, working as a field representative.  His job was solving Medicaid provider billing issues, which required him to travel widely throughout the state to meet with providers.  His outgoing personality and warm sense of humor suited him for this role. He was respected by his co-workers and several became his life-long friends who opened their homes to him in which he became a significant part of their families.  Some of these closest friends assisted in Chucks last days, offering companionship and comfort as well as arranging care.

Chuck was a frequent attendee at regional casinos.  He, Sherri and another co-worker who shared his birth date would make an annual birthday pilgrimage to the casino. He would play, sitting at the penny slots with his Pepsi (with a slice of lime) by his side.  He was well-known at the Quality Dairy near his west side home, as well as at his bank and several restaurants.  He was a regular walker (pun intended) at Lansing Mall for many years.  A sports fan, Chuck was keen on the University of Michigan teams, especially the Fab Five basketball team.  In his last days, he was thrilled to receive a warm letter from the U of M basketball office, thanking him for being a devoted fan.  He also loved music and had a large music library containing his favorite recordings.

According to his wishes, there will be no services for Chuck.  The Walker family has asked that in memory of Chuck, contributions be made to Mother Teresa House at P.O. Box 13004, Lansing, MI 48901 or McLaren Hospice at 1515 Cal Drive, Davison, MI 48423, and that when you go to your favorite casino, you say a little prayer for Chuck as you pull the lever on the slot machine.

Sadden that you have gone. It was nice just to have known you.

Dear Chuck, my baby brother you are gone to soon. I will miss the holidays when you come to visit and want your sweet potato pie. I always made sure to have an extra one for you to take home. Easter you always wanted colored eggs and jelly beans to go. We are really going to miss those times. We still buy bags and bags of jelly beans and will always in rememberance of you. You were the coolest and best brother any one could have and I will definitely miss you so much not being able to call you. I know you are dancing up there in heaven and mom and dad are really enjoying seeing you dance again. Say hello to our sisters and brothers, nieces and nephews. Love you dear brother. Martha and Family

I will miss talking to brother weekly and meeting in person at least three times a year.

I know that Uncle Chuck will be missed by the family, but we will always have him in our hearts, Love your family in Charleston South Carolina

Words can’t express how much I will miss you dear Uncle. I will miss running out to get my Father’s Day and your birthday card on time. We all know it must be a Hallmark card. Lol
Love you Uncle
Dianna Carlisle-your niece and family

Uncle I will miss you and our time at the Casino. Love you Danny B and family

We met at work at Medicaid, and Chuck was a good friend for over 30 years. He often joined us for Thanksgiving dinner and sometimes at Easter. He was like part of our family. We talked sports and politics and things about life in general. He helped me, Bill Keller and Dave Miller stir apple butter at Fenner Nature Center for several years. He always stayed until we got the big copper kettle cleaned up at the end. He drove me and Susie to the airport in Detroit a few times as we went on one of our long trips. He was also a kind and caring friend who joined me and some others in visiting Carl Ramroth as Carl’s illness progressed. I don’t know of anyone who had anything to do with Chuck who didn’t like him. He will be missed at our table at holiday time and at our Medicaid retirement group lunches.

Chuck this is your baby sister. I have known and loved you much as my friend and brother. I miss you but I know you are with our Father God and His Son, Jesus. Therefore we will meet again one day.
Until then enjoy all our loved ones who passed before. Rest, have peace and receive the love of God that is beyond comprehension.

I enjoyed running into Chuck at the Quality Dairy on the west side always a a friendly face and friendly conversation.

I love you UNC. Never forgotten.

I worked at Medicaid w/Chuck and was a Coodinator responsible for distribution of all state cars for Socisl Services, later renamed FÍA. Chuck had a car permanently assigned to him and as it was getting up in mileage he kept asking for a new car cause he liked that new car smell. He always kept his car spotless. On a shopping trip to Meijers I found a hanging scented tag that was named “That New Car Smell” and gave it to Chuck. He never forgot that but was happiest a few months later when he turned his car in for a new one. He was a friend. He was funny and such a likeable person. Visiting Mich from Florida, my friend and I visited him a week before he passed. I will always have memories of our reminiscing that day.

my co-worker, chuck, rest in peace, my friend.
we (on the hot-line) always got a box of choc covered cherries every christmas.
we had party’s down your basement. you never turned anyone away, you couldn’t with your smile!
you loved the UP.
gone too soon, chuck.
thanks for your friendship, your laugh and smile. you know!

Worked with Chuck in Medicaid for many years. Seen him frequently at local buffets. Always a gift for gab enjoyed our visits. Rest in peace my friend.

Chuck was our neighbor for 17 years. He was the best neighbor anyone could ask for. We will truly miss him. He watched our kids grow up and he came to both of their graduation parties. May he rest in peace.

Chuck you left us way to early. It was 29 years ago when I first met you through work and though you started out as a good friend you soon became my brother. I will cherish all those wonderful memories we shared. We experienced a love for music – attended concerts, frontier days, casinos, traveling to Brownsville to meet your family and the “old” homestead, Christmas dinners and many family gatherings. You never missed my children events and believe me sometimes those piano recitals were lengthy. I always knew you were such a caring and giving soul, but these past months really showed to me how deeply you touched so many others. The Lansing community and your neighbors have experienced a true loss. Rest in peace Chuck you will be missed by many but will always remain in our hearts.
—– Sherri Rick Amber Randy Colin and Cory

One could say that Chuck was the face of Michigan Medicaid. It always amazed me when a provider would identify Chuck as “their” field representative … thinking we had so many at MSA. But Chuck was every provider’s personal field representative. We all loved Chuck. In recent years I saw him regularly at the Lansing Mall, where he often got some exercise walking. It was always good to catch up with him and the gossip about our former colleagues. Chuck, my friend, you will definitely be missed. Rest in peace.

Happy Birthday, brother, you are gone to soon but God knew that you needed your rest and that is what I want for you also. God has you safe in his arms now, so sleep on little brother and say hello to Chuckie for me. I know with the two Walker boys, HEAVEN ain’t seen nothing yet when you start dancing. Hello to mom, dad and the rest of the family. You got your Crown in Glory. Love you, brother. Martha

Dad it’s still hard to believe you are gone. I will remember the times we shared of you teaching me and my brother how to dance like James Brown, I never could get the split accomplished but you would do two in roll because I couldn’t do one. But you did always let me be the DJ in your white Chevrolet. Playing any 8 track I desired. Thanks for showing me how to shave and put the aftershave on even when I was only 5. LoL I will cherish our memories together and I was glad to take care you much as could in the last days. I’m also glad to meet your good friend Ron and your amazing friend Sherri, she definitely helped me to try and stay strong for you. She is truly a good friend of yours. Dad I love you so much. Please hold my little brother and your grandson tight. LOVE, Your Oldest Son Darryn Walker

Uncle Chucky, I will miss your visits when you would come down for Easter to get your jelly beans & colored eggs and Thanksgiving to have dinner with us & taking a sweet potato pie home that my mother would bake for you. I will miss you.
Love you always.
Terri.

Dear Family and Adopted Families of Chuck: I knew Chuck from working together at Medicaid where Chuck knew everyone and he was loved right back. Chuck shared the birthdate of October 9 with 2 other Medicaid friends of mine—Chris Farrell and Dr. Weber—and they always celebrated together. Then in the last 10 years or more, he, Chris and Sherri would head to the casino and spend a few hours then have dinner together to celebrate the Big Day! More recently, Chuck joined a lunch group of mostly retired Medicaid folks and it was terrific getting re-acquainted with him. I learned he didn’t do email, so the only way to keep in touch with him was by phone. Yet, it seemed Chuck kept in touch with everyone! All the people at your bank, the Lansing Mall, your neighbors, your son and close Lansing area friends will miss you terribly, Chuck, but you left us wonderful, happy memories and an example of how to live one’s life: with joy and kindness. Thank you for that.

Dearest Chuck–Today I learned of your passing. I was stunned, and deeply saddened. When I looked up the obituary and saw your perfect picture smiling at me, it was exactly how I remember you all those years ago. Handsome and dapper, with a gleam in your eye. And that killer smile! It melted my heart back then. We were friends, and then became more than that, and I will never forget or regret a moment of it. You taught me so much. And you taught my daughter how to dance downstairs in your basement! Oh how she loved those times, and You. You touched the hearts of all who knew you, and you will be greatly missed by many. Smile and dance on, “Chuckie.” You lived a Wonderful life.