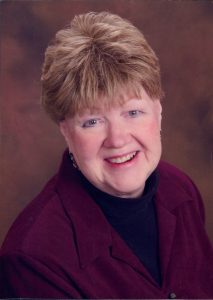 Age 73, of Lansing, MI, passed away unexpectedly on October 21, 2019, surrounded by her family. She was born on December 24, 1945, in Mt. Pleasant, MI, and graduated from Mt. Pleasant High School in 1963. She had been a resident of the Lansing area since 1964. Brenda worked at various companies as a secretary until her retirement in 2008.

Brenda was a woman of unshakeable faith and a strong belief in God and His miracles. She led her life in His word and consistently sought His path for her. Brenda was a member of Mt. Hope Church in Lansing. She was actively involved in several Bible study groups and frequently attended events with her friends at the church. Brenda was also a member of the Light House Village campground resort community in Homer, MI, for the summers. She was actively involved in several activities at the resort. She enjoyed playing cards and was an active part of a card group in her senior community of Elmwood Park.

Brenda sought to enjoy the life that she was given. She had many friends and loved her children and grandchildren fiercely. She took pride in her family and enjoyed participating in activities and events with her grandchildren. While Brenda enjoyed her time on earth, she was anticipating her reunion in Heaven with her lost loved ones and was at peace with ending this life when she was called home.

A memorial was held on October 26, 2019, for family and close friends to celebrate her life.

What a lovely obituary – a very thoughtful, loving tribute to a mom, grandson, sister and friend to many.
My condolences to all who are grieving for your loss.

Well done Sister Brenda. You did good things on this earth. I remember you taking care of our Mother when she desperately needed help. Now you are home. Congratulations. See you again in Gods time.

Mom,
You were right, I am going to miss you for the rest of my life. Now to find a way to move on without you. I have so much to say and wish I had one more day. Enjoy being with Poppy and Matthew, you are all lucky to be reunited. See you on the other side and hope the three of you will be there waiting to greet me. Love you always and will miss you forever.