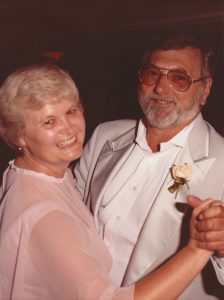 Bonnie and her husband Bob were long standing members of Faith United Methodist Church, where Bonnie served as a secretary, and sang in the choir. Later on in life, she became a member of Holt United Methodist Church, and Central Methodist church as well. Bonnie was a woman of strong faith, and worshipped with her closest friends. Bonnie had a great love for music, which has always been a big part of her life. Bonnie had the talent of playing beautiful music by ear. She was a huge Detroit Tigers fan and could spark up a conversation with her knowledge of the team. She also followed MSU basketball, and was a huge Spartan Fan.

The family would like to thank Holt Senior Care & Rehab Center and Compassus Hospice for the gentle and loving care they provided to Bonnie.

A private memorial service will be held at a later date. In lieu of flowers, contributions can be made to either Holt Senior Care and Rehab Center or Compassus Hospice.

One Message on “Bonnie J. Wolfe”

I will miss my conversations with my friend. We have known each other since high school,as well as my husband worked with Bob at GM. Many Many good memories.