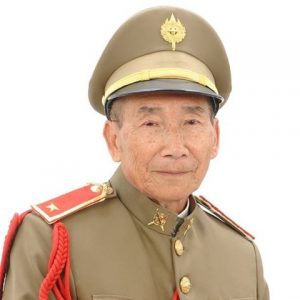 Blia Tong Lee loved the outdoors.  Whether it was staking out that elusive buck, chasing squirrels, casting a reel or harvesting red Thai chili peppers and mustard greens from his backyard garden, Blia Tong enjoyed every minute basking in the sun.  On Wednesday, January 22, 2020, Blia Tong passed away quietly at 5:30 a.m. surrounded by his loved ones.  He was 88.

Born on February 5, 1931 in Laos, Blia Tong was the youngest of six kids to Neej Teev Lee and Maiv Vang.  A S.G.U. (Special Guerilla Unit) Veteran, Blia Tong fought alongside the U.S. Military during the Vietnam War as a part of what was known as the Secret War.  Recruited by the C.I.A. to help reconnaissance efforts in Laos, Blia Tong along with thousands of young Hmong men, fought alongside the U.S. Military against the Communist Viet Cong soldiers.  In 1985, Blia Tong took his family to America as displaced-war refugees and settled in Lansing, Michigan.

Blia Tong loved doing community service work and giving back to his community.  He was one of the founding members of the longest running non-profit organization in the greater Lansing, Michigan area that provides services to the Hmong American community.  His legacy will be remembered as an advocate for Hmong Americans who found a future and new home in a country that was once foreign to them.

He is survived by 13 children, 36 grandchildren and 27 great-grandchildren.  Never one to disappoint and always there to help, he lived by his best advice:  Always uphold your appearance and reputation because that’s what is most important.

We will all miss you grandpa.

You will always be in out heart!

Your grandchildren and I are Missing you always and forever dad.