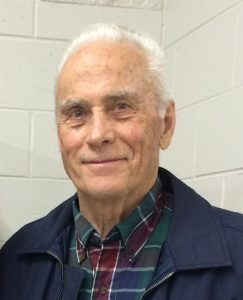 Billy is survived by his wife of 36 years, Colleen; children, Kim (Jim) Lessard of Jeddo, MI, Jason (Ashley) Schram of Austin, TX, and Tim (Christen) Schram of Holt, MI; and grandchildren, Zachary and Sloan Schram, and Declan and Teagan Schram.  He is also survived by his sister, Betty Brouillette of Beaverton, OR and “adopted” daughter and granddaughter, Brandy and Alex Widner.

He is preceded in death by his parents, Marvin and Charlotte Mohr; sister, Carmen Mohr; son, Keith Mohr; and grandson, James Lessard, Jr.

Billy served his country in the U.S. Army from 1958-1960.  He also served as President of the Michigan State Employees Association in 1979.  He retired in 1997 from the State of Michigan after 41 years of service, retiring as the Assistant Division Commander, Motor Carrier Division, Michigan State Police.

Billy was an avid hunter, bowler, and golfer.

Per his request, there will be no service.  In lieu of flowers, donations may be made in Billy’s name to McLaren Hospice and Homecare Foundation, 1515 Cal Drive, Davison, MI 48423; or Old Newsboys of Greater Lansing, PO Box, 14058, Lansing, MI 48901. Arrangements are by the Estes-Leadley Holt/Delhi Chapel.

So sorry for your loss family! Thinking of you guys and praying for comfort and good memories.

Billy was a great man whom I would never want to meet in a dark alley. His love though was great. We loved him like a brother. He will be missed all the days of our lives while we are here on this earth. God speed Wild Man.

Colleen and family – I am so sorry to hear of Billy’s passing. I will always remember his kind smile and the twinkle in his eyes.

Colleen and family, I’m so sorry to hear of your loss. I only had the privilege of seeing Billy a few times but it was enough to see what a great guy he was and how much his family meant to him. You will be in my thoughts and prayers!!

So sorry for your loss Colleen. Billy was always a pleasent person to be around.

Sorry to hear of Billy’s passing Colleen. May God give you peace and comfort.

Colleen,
So sorry to hear of Billy’s passing. He was a wonderful person and quite the prankster. I have lots of memories of you two, especially your wedding and the time he loaned me his Volkswagen when my vehicle was being fixed. He told me not to put the window down…I stopped at McDonald’s and forgot! Someone was looking out for me because it went back up! We will surely miss that twinkle in his eyes. Hugs to you and your family.