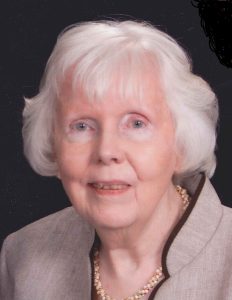 Beverly Ann (Raynard) Remillard, age 83, of Holt, MI, was called home by God, her Father in heaven, on January 2, 2020. She was born on March 4, 1936, to Dorothy and Neil Raynard in Lenexa, Kansas. Her surviving siblings are Barbara Vickery, Bonnie Mundell, Alice Fish (Alan) and Dale Raynard (Sandy). She was preceded in death by her brothers Edward and Thomas.

After graduating from Moody Bible Instituted n Chicago in 1957 she attended Sterling College in Sterling, KS. Here she met the young man (who kept tripping over her on the way to his chapel seat) whom she would marry, her husband, Donald, on January 24, 1959. She accompanied him through a lifetime of Christian ministry.

After their children were all in school, she went back to school herself and received a B.A. degree in accounting from Central Michigan University, Mt. Pleasant, Michigan; becoming a Certified Public Accountant. Her final employment was as the director of accounting for Van Dyke Public Schools in Warren, Michigan. She also had an eBay story where she sold Don’s massive coin collection. She spent her last years with her husband at the Great Lakes Christian Homes of Holt, Michigan.

They also called many places home; from Sterling, Kansas; Woodhull, Illinois; Drayton Plaines, Bad Axe, Traverse City, and Sterling Heights, Michigan. They also enjoyed a couple of wonderful years in Louisville, Ohio. They lived in Bad Axe for a total of 20 of their 61 years of marriage.

Beverly committed her life to Christ in her teenage years and faithfully served her Lord ever since. Her favorite activities were fellowshipping with her friends, working on her computer, reading, and most of all loving and being loved by her family.

I know Beverly is seeing our family that has passed on. I will see her there when my turn comes. Her loving sister.

My deepest sympathies and condolences go out to this family in the passing of Mrs. Beverly Ann Remillard! I pray Gods grace and his mercy coveres the entire family as the morn durning this time of bereavement. A special blessing to her daughter, my cousin, Lynn Osborne and husband Alex Osborne, from the entire Arkansas Family! God be with you all!

Thoughts and prayers are with you family during this time of bereavement.

We will miss that sweet lady but know she’s in a better place. Mert and Carol Thompson.

We will miss this lovely lady.

I have fond memories of Don and Bev from our Sterling College days. To know her was to be blessed.