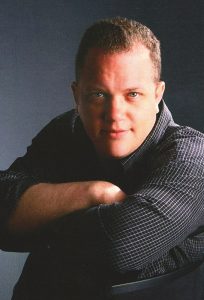 Ashley Robert Ames, age 47, of Haslett, Michigan, passed away unexpectedly on Wednesday, January 11, 2023. (Recalling his sense of humor, he would also like you to know he was born in 1975 on April Fool’s Day.)  He was a graduate of Okemos High School, class of 1993, and subsequently began to follow-up on his interests in writing music, playing music, and experimenting with technology.  He saved his money and bought one of the first Gateway 2000 computers available to the public.

His childhood was well-spent with friends playing with Lego’s, all kinds of card and board games, and wonderful summers with family and friends at Gun Lake.  Ashley and his sister, Amy, spend many hours of fun swimming in the pool and the lake as often as they could. Early on he became a self-taught computer geek, later using his electronic talents to acquire a series of professional opportunities.

When Colorado called to him, he moved to Boulder, and his love of nature, photography, hiking, and camping elevated his artistic life for several years until he returned to the Lansing area in 2020 to become employed by the State of Michigan as a Technology Analyst.

The family would like to thank the Sparrow Hospital doctors and nurses on the 3rd floor CV-ICU for their compassionate and tender care.

There will be no service.

Anyone choosing to make a donation should give to  Craig Hospital, Englewood, CO, to assist people recovering from Traumatic Brain Injuries.

Arrangements are by the Estes-Leadley Greater Lansing Chapel.

My sincere condolences to Ashley’s family. I had the pleasure to work with Ashley at the Office of the Auditor General. He had a very gentle demeanor and made sure any issues were resolved to your satisfaction. May he rest in peace.

Ashley was just that kind loving soul that was a pleasure to know. I always loved his smile and fun personality.
Our prayer for you all as you have this new hole in your hearts.
Sincerely,
Nancy and David Bandfield

Barb my heart goes out to you and your family at Ashley’s passing. Will keep you in my prayers and send you my love in hopes to ease your healing. Sue Block

Barb, I am so sorry to read about your son . You and I worked together when you were pregnant with Ashley at Michigan National Bank. I will be thinking about you and keeping you and your family in my prayers!

My heart goes out to Ashley’s family during this time. I got to know Ashley through work at the Office of the Auditor General. He was the kind of guy who became a quick friend and you felt like you knew him forever. He was so talented not only in his job but also in his paintings. He was passionate about what he did and loved showing his paint pourings and discussing techniques. He had such a zest for life and will be greatly missed.

Dear Barb,
I’m so sorry to hear that Ashley has passed. I’m sure he was a light in your life and he will be missed by you and many others. Blessings and prayers for you and your family.

I was saddened to learn of Ashley’s passing, as were my children. I assure you of my thoughts and prayers as you walk this grief journey

Ashley was one of the nicest persons I have known with the Office of the Auditor General – a truly good guy. He was always very professional and helpful. We are all so saddened by his loss, and he will be truly missed by all those who had the pleasure of knowing and working with him. Our prayers go out to his loved ones.

Prayers to Ashley’s family and friends. He was a truly kind and helpful person. I’m so thankful I was able to get to know him while he worked at the Auditor General. He was always willing to help. And I loved looking at his paintings and hearing him talk about them and his family.