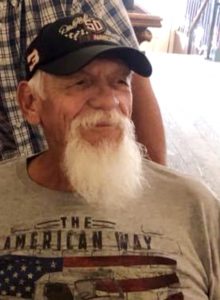 Alfred Page Alana Sr., loving husband, father and grandfather went home to be with our Lord on April 27, 2021, at age 78. Al was born on October 30, 1942 to Morris and Emma Alana. He had five brothers and one sister: Allen (Barbara), Donald (Nancy), Norman, Earl (Maribeth), Joseph, and Vivian Alana.

In 1965 he married his wife of 55 years, Constance (Sharp). Together they had four sons that he was very proud of: AJ (Jeniffer), Andy (Shawnie), Charlie (Kristen McNamara-Piper), and Aaron Alana. He had eight grandchildren: Courtney and Zachary Blankenship, Skylar, Ryan and Kayla Alana, Mara Griffith-Danesi, and Savannah and Cheyenne Wright, and two great-grandchildren: Landon Danesi and Blaike Richards.

Al was preceded in death by his daughter, Londa Blankenship; his parents; his brothers, Norman and Joseph; and his sister, Vivian.

Al was an avid race fan and especially enjoyed watching Dale Earnhardt Sr. and his nephew Tim Fedewa when they raced. He loved fishing, collecting rocks and shells and took great pride in building bird houses and growing bonsai plants. Al’s true love was spending time with his family and friends. Al will be greatly missed by all.

A memorial service will be held at 1:30 p.m. Tuesday, May 4, 2021, at Cedar Street Church, 1705 Cedar St., Holt, Michigan, with visitation beginning at 1:00 p.m.  A livestream of the funeral will be available at http://cedarstreetchurch.org/boxcast-streaming-channel/. In lieu of flowers donations can be made to the Alzheimer’s Association. Arrangements are by the Estes-Leadley Holt/Delhi Chapel.

Connie, I am so shocked…I didn’t even know Al was sick. I’m so sorry. You and your family are in my prayers. Please let me know if I can help in any way. You are so precious to me. I know you must feel a great emptiness in your heart right now. Love you friend.

So very sorry to hear of Al’s passing Connie. We will keep you and your family in our prayers through this difficult time.

Aunt Connie I am sorry to hear of Uncle Al’s passing my heart is broken. I’m sure momma and Uncle Norman will be glad to see him. Love Carla and family